Profile
We've built a revolutionary toothbrushing device that transforms any toothbrush into a smart toothbrush. A quarter of all adults in the UK do not brush twice a day, for the recommended two minutes, which dramatically increases the risk of tooth decay and gum disease. Brushlink is a revolutionary product that is set to disrupt the oral care and dental insurance markets.

The Brushlink smartphone app and associated device transforms any toothbrush into a smart toothbrush. The device attaches to all toothbrush types and seamlessly links to the smartphone application via Bluetooth technology. For the first time, this system provides patients with real-time feedback on their brushing angulations and coaches them to improve their oral hygiene habits.

The patients are rewarded with a brushing score after each session, based on the duration and angulations quality of their brushing.
Users who subscribe to the Brushlink Rewards plan or use certain dental insurance providers, will be able to receive financial rewards for accumulating Brushlink points. Its simple – the better you brush, the more you save! 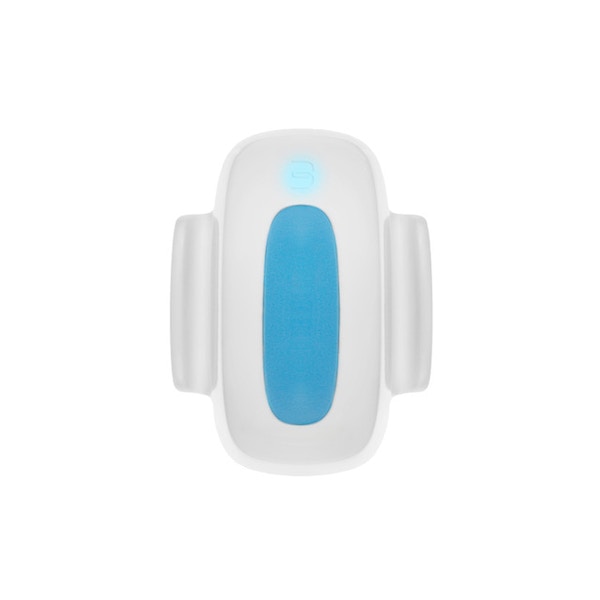 Brushlink was founded by a multi-award winning dentist and two entrepreneurs with a vision to apply proven wearable technology into dentistry – an industry which has always been slow to adopt new innovation – and now make it available to the mass dental market.

Large companies have always maintained a high fee for premium toothbrushes. We wanted to bring this game-changing technology to the mass market for an affordable price and reward users for good brushing habits. In addition, we wanted to make the product more practical and innovative to ensure all available technology could be utilised.

To our knowledge, Brushlink is the only attachable device in the world that provides users with real time brushing coaching but also offers financial rewards.

Ultimately, we believe Brushlink will help its users to improve their brushing habits and oral hygiene through direct personalised in-app coaching and the provision of data to their dental surgery to help them gain patient insights which have never been available before. • Brushlink App and device has been completed and is available on the Apple App Store and Google Playstore. Manufacturing is scheduled to be completed by October 2017.

• Simplyhealth who own Denplan (the UK’s leading dental insurer with 1.7 million patients) has purchased an initial batch of 200 devices to trial.

• We were featured in ‘The Dental Guide’ which is an annual insert within the Daily Mail on 21st May 2017.

• Dr Arjun Patel (Brushlink - Chief Medical Officer) has been accepted onto the NHS Clinical Entrepreneurs Scheme, aimed to accelerate and facilitate the introduction of new innovations into the NHS nationally.

• A practice based clinical trial has been approved for Brushlink to be used in practices’ and show the clinical efficacy of Brushlink.

• Patent pending in the UK. 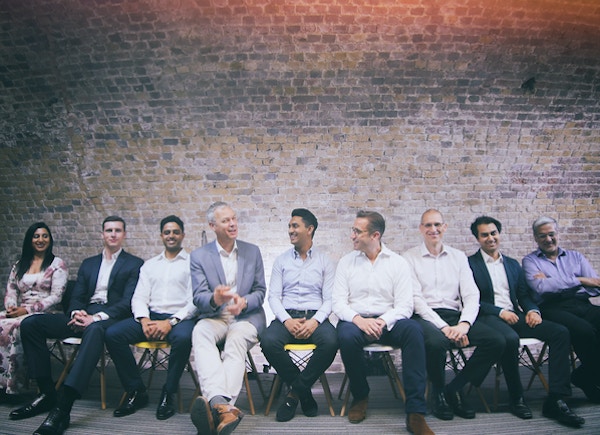 1) Brushlink Insure (B2B) - core focus:
• Brushlink to be sold as part of a dental insurance policy.

• Dental insurance companies to purchase the device in bulk and use it to monitor and reward their customers’ brushing performance. Users will be able also reduce premiums for brushing well.

2) Brushlink Rewards (B2B):
• Private dental practices will distribute the Brushlink device to patients in their practice, on an annual subscription fee of £60.

• Patients can earn over £100 in rewards for good brushing, offered by the practice against high-margin treatments.

3) Brushlink Online (B2C):
• The device will be sold through brushlink.com as a brushing coach for self-motivation and improved oral hygiene.
One-off Fee: £29.99. 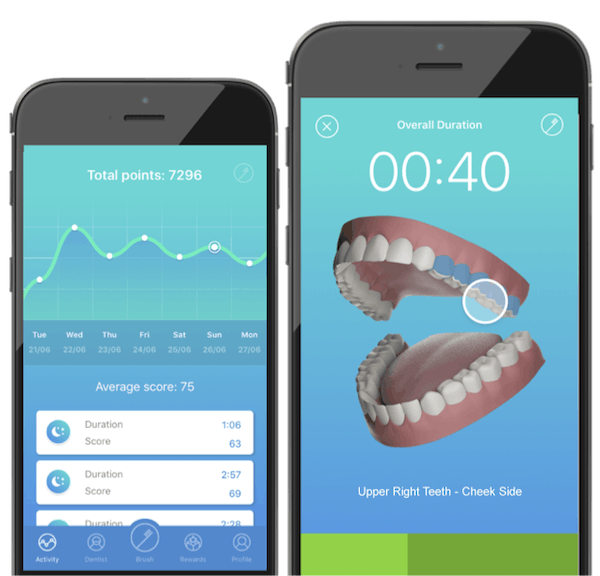 Proceeds will be invested in:

• Improving the efficiency of manufacturing.

N.B. Please note the following:
- This campaign is part of a total round of £750,000 that has been underway since April 2017, at the same terms as shown on this campaign. Whilst the total balance of the funds won’t be shown on the campaign page they will have a slight dilutive effect to shareholders.

- The company has directors loans totalling £200,000. None of the funds raised from the campaign will be used to repay these loans.

- The company has an option pool in place equal to 16% of the total shares in issue. This has been taken into consideration in the pre-money valuation of the company, based on the company’s target raise, however, because these options entitle the holders to a percentage of the overall issued share capital they may have a dilutive effect on shareholders in future rounds. 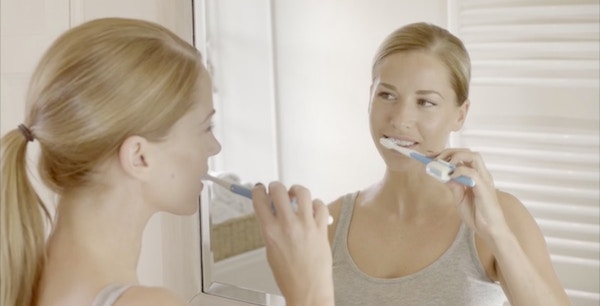 Our target market is huge, essentially anyone who uses a toothbrush and owns a smartphone can benefit from Brushlink. Most new smartphones are waterproof, which reduces any risks involved with taking a smartphone into the bathroom.

Target Market - 39 million users who use their smartphones in the bathroom in the UK. 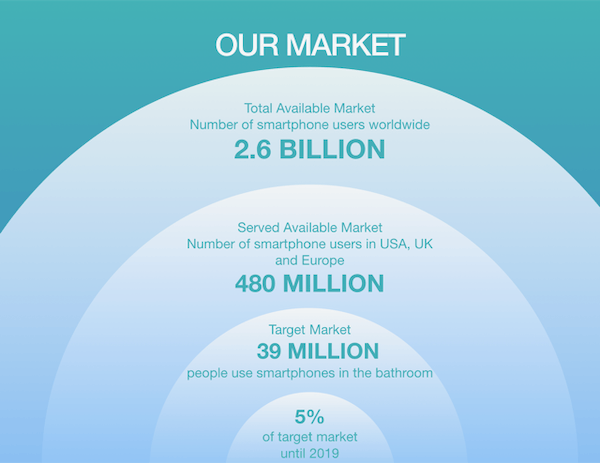 We intend to partner with dental insurance companies who will play a large part in helping increase awareness of Brushlink, as they will be our partners in marketing and distribution.

We initially aim to minimise expensive B2C marketing campaigns and focus on getting the dental professionals across the globe to recommend Brushlink.

We will use dental networks and a reputable marketing firm with experience in health-tech (Pegasus) to build brand awareness.

We plan to leverage PR to generate news coverage and position Brushlink as the pioneer/market leader in this exciting new space. Finally, we intend to help educate the consumer about the broad health impacts available through oral hygiene. 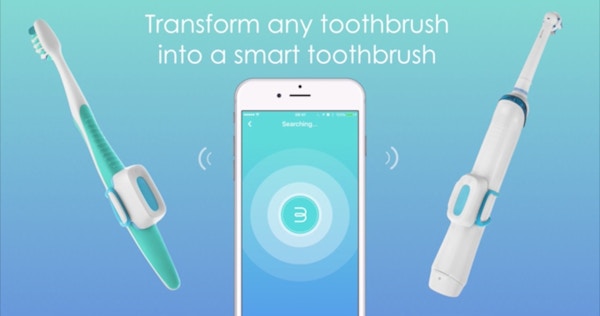 We believe we are the first attachable teeth brushing ‘wearable’ in the world and therefore have no direct competition. We are disrupting the market by breaking down barriers of entry by allowing users to use their existing toothbrush, rather than being forced to change behaviour and use an expensive electric toothbrush.

To access the Brushlink team biographies, including current ownership