A blockchain is an immutable decentralised database that chronologically records the transfer of ownership of assets, the most well know application being Bitcoin, a peer-to-peer currency and payment network. At Coinsilium we believe that Bitcoin acted as a proof of concept for blockchain technology and now tech entrepreneurs, banks, large corporates and governments are recognizing the other potential applications of this technology.

Coinsilium is the culmination of 2 years’ work commencing in 2013 that saw the establishment of one of the world's first bitcoin incubators, Seedcoin. In 2014, we formed Coinsilium and have built up a portfolio of interests in blockchain companies; we also offer a suite of services, including corporate/business advisory, media & communications, investment solutions, brand positioning and other professional services.

In parallel with this campaign on Seedrs, Coinsilium is also raising funds via its brokers. The "investment funded" amount above reflects funds being raised through other sources.

Shares purchased pursuant to this Campaign will be held by Seedrs as nominee electronically through CREST by means of depositary interests representing such shares. Any sales of interests on the ISDX Growth Market will be executed through Seedrs's broker and will be subject to broker transaction fees in addition to standard Seedrs fees. Seedrs intends to instruct Cannacord as its broker in relation to this Campaign, although Seedrs may appoint an alternative broker in the event that its terms become uncommercial. Cannacord's transaction fees are currently £30 plus 0.75% commission.

The draft ISDX admission document can be viewed here:

Our vision for Coinsilium:

• Invest: Coinsilium invests in pre-VC start-ups within the blockchain sector who are pioneering new applications that commercialize and utilise blockchain capabilities. We source potential investment targets through our network of contacts in the industry and through attracting and filtering the best potential startup companies.

• Accelerate: our startup accelerator program, Block Chain Space, will provide a conducive environment for the founders of early-stage blockchain startups, to receive business development training and to hone their entrepreneurial skills.

• Develop: through our expertise and contacts we are well placed to explore and develop new concepts and applications that utilise blockchain technology, and to generate revenue streams through internally developed IP. We identifiy and develop synergies between early-stage blockchain ventures and more established companies.

• Illuminate: Coinsilium’s education and research division offers tools and resources to professional organizations to assist participants in understanding blockchain technology and its potential for industry disruption and business integration. 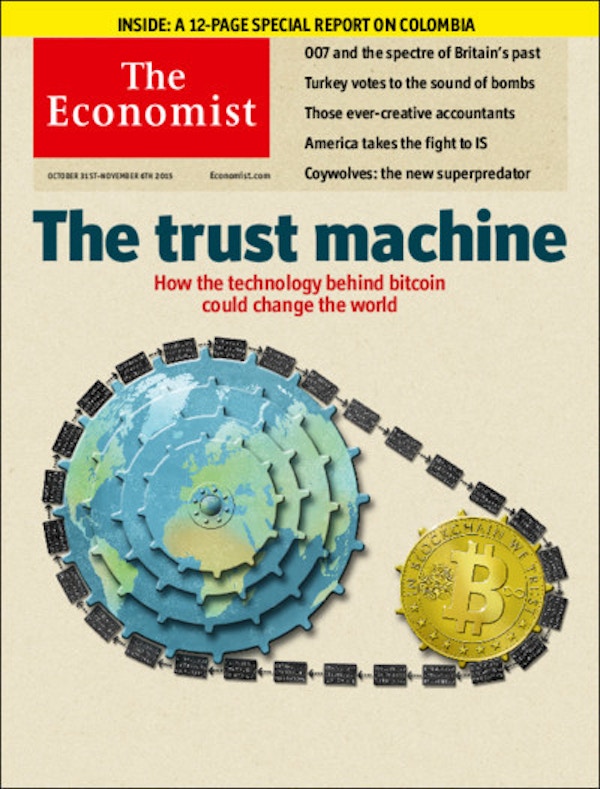 To date, Coinsilium has made investments in eleven start-ups leveraging blockchain technologies across a wide ecosystem, including mobile wallets, payment gateways and processors, trading platforms, exchanges, security solutions and financial services amongst others.

Coinsilium has helped facilitate investments from Kuala Innovations Limited, an investment company run by Stephen Dattels and Jim Mellon into two of its investee companies, SatoshiPay and Factom. This is the first public demonstration of our growing co-investor network.

As at the date of this Seedrs campaign, the Company has agreed a number of revenue generating consulting and advisory contracts (some of which are only effective following admission to the ISDX Growth Market).

We have developed the first of its kind CPD accredited course on Blockchain technology, titled Bitcoin, Blockchain and Beyond (expected to launch in Q4 2015).

We are designing a seven day Blockchain Tech Lab for developers and CTOs to learn about and experiment with Blockchain technologies, expected to launch in Q4 2015.

Coinsilium is an active member of Innovate Finance and will look to work with them to help promote fintech in the City of London.

We intend to build on the foundations put in place over the last two years and place Coinsilium as an advisory brand focused on this growing sector, and the brands “Seedcoin” and “Block Chain Space” at the forefront of the blockchain industry.
 
We believe that Coinsilium’s early positioning in the sector will attract a significant number of both start-ups and companies to seek our services, both as an investor and mentor for the start-ups and as a partner or guide for more established businesses seeking a better understanding of the potential impact of these disruptive technologies within their respective industries.

We believe it is important that we have an active role as an investor, as we see real value in creating synergies and opportunities between the start-ups that already have an established expertise of this nascent technology and larger companies that have either a desire or a competitive need to understand how this technology can be commercially applied in their industry or business.

Why are we raising funds?

We want working capital to help fund the growth of Coinsilium’s corporate advisory services and accelerator program which Coinsilium believes is essential to helping our investee companies achieve their milestones and gain meaningful traction and attract further funding for development.

We intend to become a market leader and innovator in blockchain technologies, building a brand and skillset which will attract developer and entrepreneurial talent from around the world seeking our services and advice. We believe that this objective will give us increased access to attractive investment opportunities and support revenue generating activities.

Coinsilium’s focus is on identifying early stage opportunities, pre-venture capital that it can acquire interests in and then help support, grow and facilitate access to further funding rounds. Through its wholly-owned subsidiary, Seedcoin, Coinsilium holds investments in eleven companies, leveraging blockchain technologies. Further details of these can be found in the attached ISDX prospectus and Coinsilium’s presentation.

A blockchain is an immutable decentralised ledger that chronologically records the transfer of ownership of digital assets. The first and most widely known application of a blockchain is Bitcoin.

Here is a recent BBC report on blockchain technology:
https://www.youtube.com/watch?v=N4stAdWQGpc

We believe that with Bitcoin having successfully acted as proof of the effectiveness and integrity of blockchain technology, tech entrepreneurs, banks large corporates and governments are recognising the potential that blockchain technology represents due to some of these defining features:

According to Coindesk, investment in the blockchain space is growing with Q1 of 2015 being the largest investment quarter for venture capital to date, with approximately $228m invested in the blockchain industry. The UK is second only to the US in terms of quantum of investment. Total VC and Angel fund investment is projected to surpass $1 billion in investment since 2013. Due to the vast scope of application of blockchain technology and the investment funds flowing in it is no surprise that the market is being compared to the internet in 1996/97. Several big names including, Barclays, UBS, NASDAQ and IBM have publicly stated their involvement in the development of Blockchain-based applications. Furthermore, in June 2015, Santander released a paper stating the potential for the technology to provide up to $20 billion USD in annual infrastructure savings for global banking by 2022.

What are some of the existing and potential use cases of Blockchain technology?

Well to name a few:

Financial assets can be transferred and traded on the blockchain, reducing default risk, increasing transparency and providing universal access to financial instruments.

Shares issued on a blockchain could significantly reduce the friction of share issuance, clearing and ownership allowing easier trading as well as asset transactions.

Digital works (such as music) could be bought and sold tracking ownership and provenance on the blockchain. Not to mention the possibility that micropayments using blockchain technology could help fund such artists.