DryGro is an agriculture startup that has developed new technology to grow food in dry places.

Lemna has the same protein content as soybean meal, but has a number of significant advantages. Using DryGro's technology, lemna can be grown 8x faster than soybean meal, while also using 99% less water. It can also be grown on arid land, and is not sensitive to the effects of climate change.

DryGro’s technology is a solution to one of the biggest challenges of our time – how do we feed a growing planet with scarce land and water, and in the face of escalating climate change?

DryGro was founded four years ago at Oxford by a team of engineers, plant scientists and entrepreneurs. After 30 months in labs, DryGro launched its first demonstration farm in Kenya in 2018. It is now ready to prepare for pre-industrial scale. The animal feed industry is on the edge of a crisis.Soybean meal is currently the dominant protein used in animal feed. 349 million tonnes of soybeans were produced in 2018 (valued ~£81 billion/year), using over 125 million hectares of land. Suitable land for soybeans production is scarce, and 80% of production is from the US, Brazil and Argentina.

In the coming decades, food systems will be under increasing pressure.

By 2050, the global population will swell by 2 billion people. Meeting 2050 demand for soybean meal will necessitate the use of an additional 51 million hectares of arable land - equivalent to nearly the entire area planted to soybeans in Argentina and Brazil in 2018.

To realise this increase would force the conversion of pastureland and the clearing of vast areas in Brazil, with irreversible biodiversity loss and significant climate change ramifications. DryGro’s technology originated at Oxford University in 2015, where early testing was conducted to explore closed-environment growing of Lemna.

Lemna is an amazing crop that happens to have similar protein content to soybean meal, and is a potential industrial-scale replacement for soybean meal.

This idea was developed over two years at Rothamsted Research, the UK’s premier agriculture research institute. In 2018, DryGro moved out of the lab. Two full-scale prototype growing units in the Naivasha region of Kenya.

Using innovative production techniques, DryGro can produce protein using only 1% of the water than soybeans, while also growing at least 8x faster. What's more, that land does not need to be arable. DryGro’s production system is not vulnerable to outdoor weather conditions. Additionally, DryGro enables local, consistent, high-quality production in countries that currently rely on imports of soybean meal.

At industrial scale, this would mean a local, environmentally friendly alternative to meeting protein demand. DryGro’s business model is focused on the production of Lemna at industrially relevant volumes. The company intends to develop a network of production facilities across Africa, the Middle East, Asia and Europe that will each have capacity of up to 15,000 tonnes per year. DryGro is looking to do nothing less than disrupt the animal feed industry with the introduction of a new staple commodity crop. To our knowledge, a disruption of this scale hasn’t occurred since the proliferation of soybeans as a feed crop in the mid-1900s

DryGro’s target customers are animal feed millers, integrated animal and aquaculture producers and commodity traders. DryGro intends to establish strategic partnerships with its customers for its industrial-scale facilities. These partnerships would include offtake agreements, in which the customer would buy an agreed monthly quantity of Lemna from DryGro for a price that is fixed at the beginning of the contract period. DryGro is using this funding to validate its unit economics and prepare for a larger pre-industrial scale build over 2021.

Investment will pay for the costs involved in approval of Lemna as an animal feed ingredient in DryGro’s first target markets.Investment will also cover legal costs associated with IP. DryGro intends to apply for up to 5 additional patents during 2020/2021.

Investment will enable DryGro to recruit additional engineers who will engage in R&D to optimise our growing environments.

4) Runway to prepare for scale:

This funding will also alow us runway to prepare for our next large operational expansion. 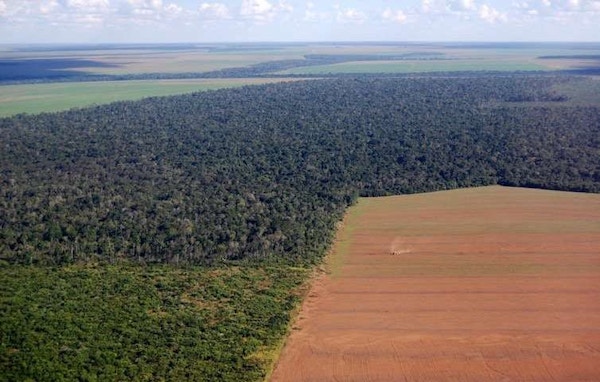 The Company has an agreement with Rothamsted Research to pay 0.5% of the company's net profit to Rothamsted until such payments have reached £300,000. There is no time constraint on this payment. This is in return for the company having worked out of the labs at Rothamsted for two years and having had a number of seconded staff from Rothamsted working alongside the Drygro team during its time there.