We believe that Dugout FC is the ultimate fantasy football experience for web and mobile.

It's a draft based fantasy football league for the English Premier League that you can play against your friends for the entire football season, for a month, or just a weekend game.

We've drawn on all our experiences of football in the real and digital world to create what we believe is the ultimate experience for football and fantasy football fans. We feel that existing fantasy football platforms are not innovating and have stagnated as a result of the following reasons;
- We have found that everyone has the same squad.
- We believe that the scoring system is too basic.
- We understand that many exclude players that don't score goals or get assists.
- We feel that they aren't social enough, forcing social engagement onto 3rd party products (WhatsApp, FB Messenger, Telegram).

We are in talks with a major football news website to co-brand and co-market our upcoming Euro 2016 predictor and sweepstake app. 4 Weeks Prior to the start of the Premier League season we began our marketing campaign and so far have signed up over 10,000 users. Dugout FC engages users with relevant push notifications and emails about their team, their matchup and live scores, resulting in week-long engagement.

Our mobile apps have an average score of 4.6 stars over iOS and Android. 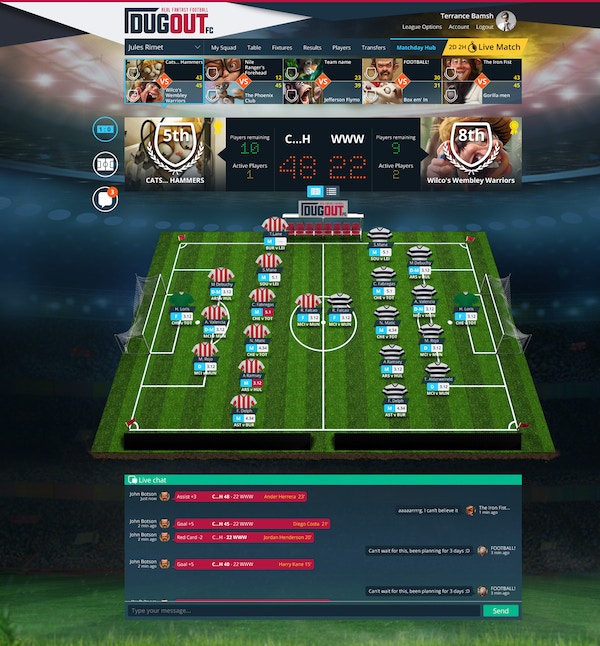 Dugout FC is a totally immersive fantasy football experience. The gameplay is always our upmost concern.

Over the coming months we aim to implement a number of revenue streams which include;

- Head to head and league based cash games.
- In game currency (available to earn and buy from the shop) to spend on assets like stadium upgrades, chat packs, custom kits and more.
- Ultra targeted marketing (gambling affiliates).
- Sponsor opportunities (currently in discussion). 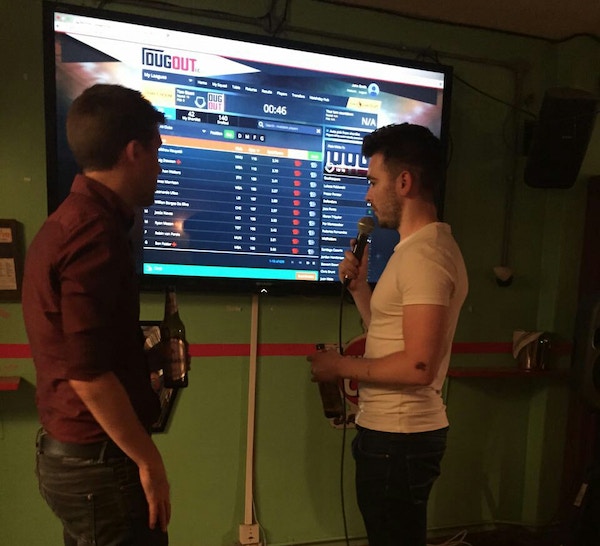 The proceeds will be used for the following areas;
- Implementation of the new revenue streams.
- Application for a pools gambling license.
- Pre-season marketing for the 2016/2017 Premier League season.
- Running costs for the 2016/2017 season including hosting, Opta data, tech support and staff costs.

This game is for people who follow football and want to augment it with something totally immersive and social. This is a game for the pub, the sofa or on the bus.

Dugout FC is for football fans first and foremost, we've intended to create a game that both the casual & the hardcore fantasy football fans will enjoy.

Our target is not gamblers. We are not a daily fantasy sports business. According to the head of a sports integrity watchdog, as much as one billion euros is gambled globally on every English Premier League game. 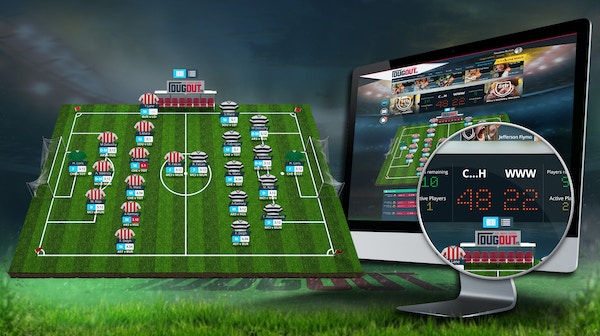 A large proportion of the raised money will provide the marketing budget for the upcoming 2016/2017 season. We worked with our investors last season to get some world class endorsements on social media from the world of football as well as some perimeter advertising at Premier League stadiums, and we hope to do the same this season. We'll be continuing to work with market leaders in the fantasy football space to market the product through articles & well placed advertising. We intend to undertake Facebook advertising campaigns again this summer given the efficacy of this marketing channel in the build up to last season. In all instances we'll be incentivising sign up with the digital currency in order to more effectively acquire new users.

To ensure we make the most of the summer football, we're working with Teamtalk Media Group who own www.teamtalk.com and www.football365.com, to launch our Euro 2016 app during this summer's tournament. We've created a Sweepstake game that allows users to create, draw teams and see their teams progress and a Euro 2016 Score prediction game where users score points for their ability to predict the scores, we have global rankings and the top teams will win some great prizes.

Existing Dugout FC users will simply update the app and be able to login and play the games. New users will be signed up, leveraging the focus on international football, with a view to converting those users into Dugout FC fantasy football managers in the new EPL season. We believe that we are filling a gap in the fantasy football market with a game that is fun, engaging and ultimately resembles football in the real world:

- Our scoring model means that every player you pick is important, not just the goal scorers.
- Our users play head to head for the 3 points each weekend.
- Dugout FC brings the football terraces to a digital platform with what we feel is a truly social fantasy football game.
- The points are fired into Dugout FC live and in real time so users can see exactly how their matchup is going during the live Premier League games.

You can see from our week on week user retention that many of our users are back every single week and with the end of the season round the corner, we're incredibly proud of the levels of continued engagement that Dugout FC has achieved.

Dugout FC intends to launch a digital currency and store allowing users to completely customise their experience, something that we believe none of our competitors do. Users can now customise their whole club by earning or purchasing 'Dugs' from the Dugout store and use their hard earned currency to upgrade their stadiums, pitches, kits and we intend to keep adding to the store. We believe that the DFS platforms are tailored for gamblers and not for football fans. We've flipped that on its head and created a product that we believe is first and foremost an amazing, fun and engaging experience for football fans and fantasy football fans. We believe that our model however is infinitely better suited to the cash game market with the diversity in teams and scoring system, so we intend to build out our cash game offering for all those users wishing to enhance their Dugout FC experience even further.

To access the Dugout FC team biographies, including current ownership