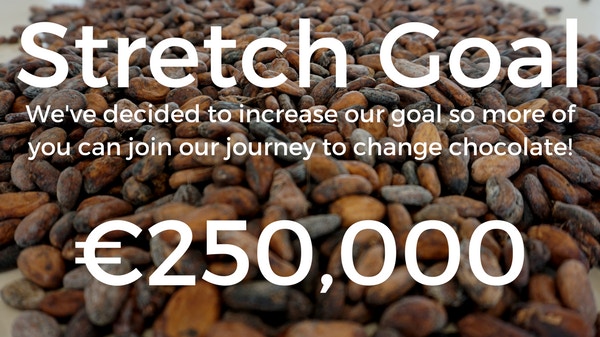 Ever more consumers want to make a positive impact with their purchasing decisions. Chocolate is a widely popular product with per capita consumption of approximately 5 KG per year in most of Europe.

Many, if not most people trust labels such as Fairtrade to make sure that their buying behavior does good or at least doesn't mean miserable working conditions for workers along the value chain.

While it doesn't hurt you to pay 50 cents more for a bar of chocolate if it boasts a label indicating it has been ethically sourced, few people know that only a small portion of that actually reaches the country where the cocoa beans are from. Worse still, we've seen that farmers stay farmers with only a minimal increase in income, and nothing really changes - Countries in West Africa where most of our chocolate originates are still in poverty.

Fairafric aims to change that. By producing from bean to bar in Ghana, we aim to increase income per bar five-fold and most importantly, to create qualified, well-paid employment. Our aim is to vastly increase our production volume and to create more jobs in Africa. Together with our production partner in Ghana, Niche Cocoa Ltd, we are aiming to increase employment in chocolate production from 12 full time employees to more than 30. We believe most of these jobs require a post high-school level of education, so they should allow the workers to provide for their families, enjoy full health care, and have enough funds for their children's higher education.

We are struggling to fulfil demand as we have limited funds to produce in larger batches. The feedback we've received is thrilling.

With a minimal marketing spend, we were able to win numerous online customers. More than 150 retail outlets stock us and thousands of consumers have already enjoyed Fairafric chocolate. Now we are aiming to cater to the ever rising demand while spreading the Made in Africa story to a wider audience. > August 2016 - First Production.
Four months after the funding was made, over 85,000 bars were produced (all dark chocolate). Those were subsequently exported by refrigerated container and sold out in the middle of 2017.

> April 2017 Organic Certification.
After landing 125 retail accounts by direct sales and a lot of media coverage we ran another Kickstarter campaign to fund the organic certification of our supply chain and to introduce six new flavors. This round brought in close to 50,000€ and 1200 pre-orders which we filled in October 2017.

> June 2017 - Next Organic Startup Award.
This prestigious award was not only an amazing compliment to all involved in bringing Fairafric to market but also opened countless doors for us. So far we've closed one of the largest German organic shop chains (55 locations) and are in conversations for further listings in the DACH market.

> August 2017 - Recognition As Preferred Supplier.
There are more than 800 One World Shops in Germany alone, Austria and Switzerland are home to hundreds more, who are only selling fairly traded and made goods. This is where we meet our core customer group and the recognition as a preferred supplier is a major milestone for us. It means that we've been fully vetted and none of the single shops need to do any due diligence on us before placing orders. > One World Shops.
This is where we found most of our first customers and where we consider ourselves to be particularly strong. We've seen that shops have been open to listing us and staff have shown that they are even willing to up-sell to their customers by explaining why Fairafric has so much more impact in Africa. It's here that we've found our most loyal customers. ///

> B2C.
We currently sell directly to consumers through our online shop and fairs. We also expect that our ambassador program, which we intend to launch in 2018 will also generate sales. We've run two successful Kickstarter campaigns and are considering more campaigns for future product launches. 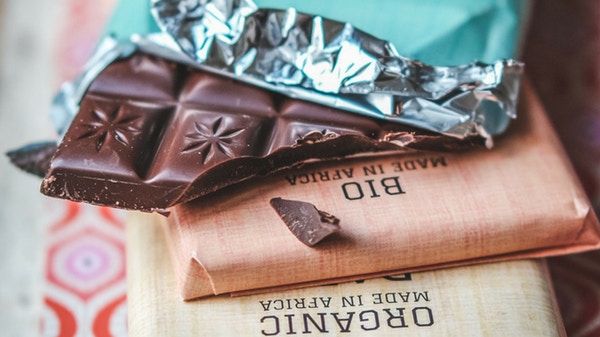 Our most pressing need for funds is production. When we opened our last container, we had to ship more than 30,000 bars of chocolate and sold out two flavours just to fulfil pre-orders. Producing in higher volume will improve our cost situation and make sure we can keep sufficient stock of chocolate at all times.

The funds we aim to raise are mostly for the purpose of scaling up production; making sure we take advantage of economies of scale (i.e.always shipping full containers, using bulk pricing on ingredients) and increasing the performance of our production in Ghana (by hiring more people).

The remainder of the funds will be used to grow our team in Europe. The founders are overwhelmed with work and desperately need help in marketing and logistics.

The overall aim is to allow Fairafric to grow at a fast pace to take advantage of the momentum we've built and to increase our impact in Ghana and beyond.

Please note that the share price for this round is €78.80. Due to this high share price, we have decided to allow investors to hold fractional shares. This means that we have reduced the investment multiple to €7.88 (representing 0.1 of a share). As these shares will be held via the Seedrs Nominee, fractional entitlements are possible. In the event that shares were to be transferred out of the nominee structure, fairafric would take the steps required to subdivide its shares so that fractional entitlements result in whole shares.

Our goal in 2018 is to establish Fairafric as a premium, sustainable brand in the DACH market and of course beyond. Once we have succeeded in bringing Fairafric onto the shelves of a wide array of our target retailers in our core market and we have established efficient logistic process, we aim to enter new markets.

Next on our road-map are the Scandinavian countries, the UK and the Netherlands. In Germany, 70% of the Fairtrade chocolate is also organically grown. Most of these sales occur in organic shops of which there are more than 2,000 in Germany. Our experience is that these shops rarely buy directly from producers and source their products through one or more distributors. We are currently talking to many of the major distributors and have several verbal interests for listings. We have reached an agreement with a large chain to be listed by the end of this year. PR: We are in touch with target group specific media outlets and also with some of Germany's prominent news-outlets. Several articles have been written about us, and with each new one we gain more traction.

Ambassador program: Our most loyal customers receive discounted chocolate to sell along with promotion material to spread the word. Investors are also a great marketing machine as we expect that they'll spread the word like wildfire.

Fairs: We intend to exhibit at all leading fairs and share our booth with other Made in Africa Startups to save costs.

POS: We have a unique wooden stand up displays with silent tasting option.

Direct Sales: We have acquired nearly 150 retailers with little investment and are very proud of this achievement. We live and breath our story and are experienced in winning retailers.

Competing products are organic chocolates that have in some form a fair/direct trade component.

Our main competitors are Gepa, Green and Black's and Zotter. All of these companies produce in Europe (Germany, Poland and Austria respectively) and hence we believe lack the unique impact Fairafric has. Gepa and Zotter made revenues of 15 million and 20 million € respectively in 2016 with chocolate. .

We believe our USP and absolute differentiation is the fact that we produce Fairafric chocolate entirely in Africa and hence have a much higher social impact than fairtrade alone. We are telling this story over and over through all our channels.