FanHub is a play2earn game that aims to unlock the value of their users' data and content.

If you're a sports fan, or know one, can you imagine the impact of a free app that rewarded fans with free tickets, beer and merchandise for following their team?

FanHub is that app and perhaps unsurprisingly, it's gone exactly as you might expect... 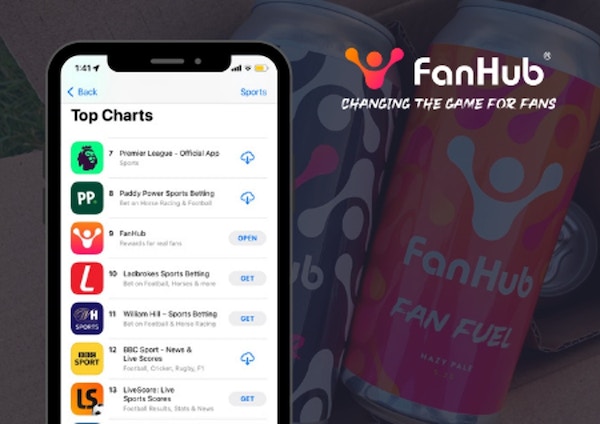 That's the App Store's top 200 sports apps on a Saturday afternoon in December with our bootstrapped product and an executive team of two and a half (our part-time social media manager is a final year student!) competing with the official apps of BBC Sport, the Premier league, Formula 1 and the marketing budgets of the UK's top betting firms.

The FanHub app was launched in February 2021 and to date we've achieved over 34,000 downloads representing over 800% growth in the last 8 months.

In an industry where many stakeholders seek to monetise fans to the point where they feel exploited, we saw the opportunity to build the brand that is on their side.

It's now a community with a cause growing faster than we could have imagined! 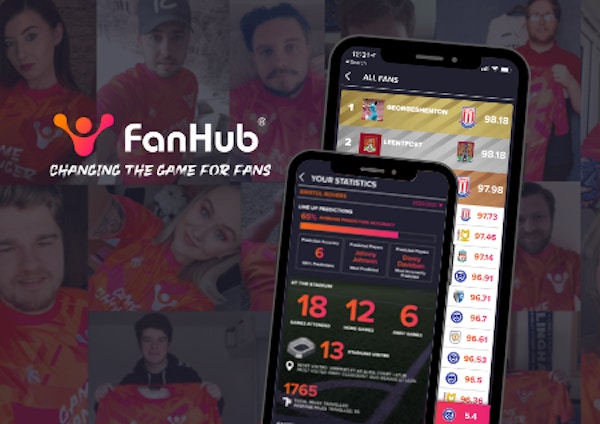 February '21 - Launched iOS and Android versions of the app

March '22 - Secured a partnership with the UK's largest pub company, Stonegate, for our users to redeem free pints of beer FanHub are creating a token economy to enable fans to earn as they follow their team. Our revenue model is to charge commissions on all transactions that take place within our ecosystem.

Fans earn tokens as they follow their team through the app. Those earnings may be significantly boosted by owning NFTs found in “mystery packs”, which are also gained through using the app.

Therefore if a user receives an NFT in the game, they either have the option of utilising it themselves to boost their earnings for a limited period of time, or selling it on a secondary market place.

As an example, Dave is used to earning £4 in tokens for the matches he attends and then receives an NFT boost in a mystery pack which would result in a 5X boost for the next ten games.

However rather than using this himself, he sells the NFT boost for £60 on the market place to Lucy.

Lucy uses the boost to increase her earnings to £20 per game.

In this example, FanHub would earn 10% commission on each transaction:

- Lucy’s £20 earnings generate £2 revenue per game for the next ten games.

This example results in three transactions from two users from one round of matches, generating £8.40 revenue.

FanHub already have 34,000 registered users and each team will play approximately 50 matches per year just in the UK.

30% - Product Development – in order to accelerate the product development and increase our ability to iterate as necessary, we intend to hire a lead developer to bring this aspect in house.

30% - Working Capital – infrastructure costs increase significantly as the community grows and therefore it is important to be able to upgrade server capacity etc as required.

30% - Increase Headcount – our Social Media Manager transitions from part-time to full-time this summer and our Partnerships Manager is expected to do likewise in the Autumn, so budget is allocated towards these increased costs.

10% - Marketing & PR – we are planning to use a top tier PR agency to bring significant attention over the next 12 months.