Fiinu is building a new digital bank to disrupt the global banking industry.

We intend to build a new bank because we want to change the financial services industry and improve the lives of millions of people. The banking industry has some major problems, which we believe we can solve.

Many of us have had negative experiences with traditional banks, and 80% of us agree that these banks put profit before people. We aim for Fiinu to be a new bank that puts people before profit.

For example, 90% of consumers agree that short-term credit is a convenient way to borrow money, but 50% don't have access to arranged overdrafts. Approximately 13 million adults go overdrawn annually, of which 35% borrow under £50 and 72% are overdrawn for less than 14-days. It's estimated that one third of traditional banks’ profits come from overdraft fees, including £1.2 billion in unarranged overdrafts.

The trouble is, it seems that there are no good alternatives. Unarranged overdrafts can be 800% more costly than payday loans, and taking out a payday loan can result in other problems for the 6 years that follow. We intend to develop a solution to this problem.

Please be aware that Fiinu currently does not have a banking licence. A banking licence is required for Fiinu to offer it's services and the product will not be launched until they receive this licence.

We have seen a failure in the financial services market and we aim to solve it through the innovative use of technology. Fiinu has set a target of saving consumers £1 billion annually, within five years.

Let's look at the above table and imagine that someone needs a £100 loan for 15 days and misses three payments. We've calculated that incumbent banks would typically charge between £75 - £120 in fees. For someone on a minimum wage, the £108 difference to Fiinu's £12 could represent two days of work.

The alternative, taking out a payday loan, is not ideal either. According to a survey carrier out by BBC's Newsnight, up to 66% of brokers have declined mortgage applications when the applicant had taken out a payday loan.

Thanks to Fiinuscore, the automated lending robot, PSD2, and Open Banking, Fiinu aims to solve this dilemma. We aim to provide small overdrafts to the people who sit within the payday loan market. We intend to fill a gap in the market, save millions, and improve our customers’ credit file. The founder of Fiinu has previously built an overdraft-style lending business, including a robot which has now provided over two million loans in the UK. He has seed funded Fiinu since inception.

The Fiinu team has prior experience with the bank authorisation process, and they have previously managed FCA regulated electronic money, application programming interfaces, and consumer credit licences.

The team has been engaged with one of the Big 4 consultancy firms since May 2017 for assistance through the bank authorisation process.

Fiinu has attended the first two formal meetings with the Bank of England, there are typically four pre-application meetings. As ever, there is no guarantee that Fiinu will be granted the banking licence that will be needed to run the business, but we do believe that we will be successful.

Fiinu has appointed its provisional board and has a governance structure in place. It has appointed Andy Briscoe as the Chairman, David Hopton as the RemCo chair (NED), Katrina Arnold as the Reputation Committee chair (iNED), and Jeegnesha Rewal as the Audit Committee Chair (iNED).

Fiinu has been featured in various international publications, including Forbes and The Huffington Post and it has a large and growing social media following.

Fiinu has developed prototypes and received feedback from potential customers and the media. The prototypes can be viewed below: 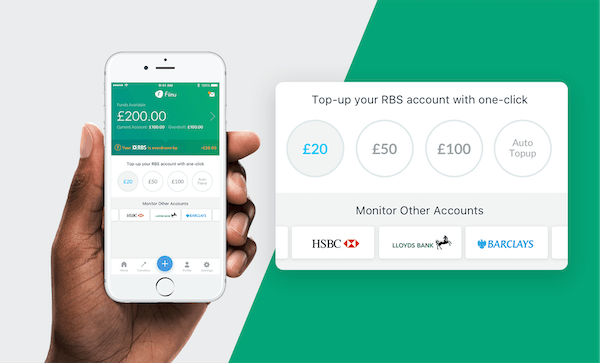 Fiinu's monetisation strategy can be summarised as the 'Walmart of Banking'. The lending robot will allow Fiinu to operate a high volume, low margins lending model.

Fiinu will lend its fixed long-term depositors' savings on a very short-term basis to consumers who are currently using more expensive, or otherwise damaging alternatives.

In the current market we expect that Fiinu's funding cost on a £1,000 deposit would typically be about £25 per annum (2.5%). On the income side, Fiinu expects to generate £317 revenue from the £1,000 deposit by lending it out in small increments to many customers, several times a year.

The £292 difference is a gross profit for Fiinu and after credit losses, we believe we can operate profitably on smaller margins because of the high level of automation and low level of operative expenses, unlike traditional banks.

Fiinu will spearhead operations with lending, but we also have plans for revenue streams from packaged accounts, FX and cryptocurrency trading, card usage and international transfer fees. The money raised during this round will be used as the working capital to balance the books, effectively funding the business until we receive our banking licence.

During this time Fiinu will not only prepare paperwork for the regulators, but we will also continue to develop our core banking proposition and prototype test them with focus groups.

Part of the proceeds will be used for primary qualitative and quantitative research, helping Fiinu to make sure that the products we are developing represent the bank's core customer-centric values. Fiinu also intends to finalise its mobile app and PSD2 integration roadmaps with the round proceeds.

It is anticipated that Fiinu will not require additional funding until it is authorised as a bank.

The company has £300,000 director loan. The funds raised as part of this campaign will not be used to pay this loan. Fiinu's target market is widespread. Each product will have different target markets, but we believe Fiinu is particularly appealing to millennials and young adults.

Nearly half (47%) of millennials would change their bank if it offered cheaper services or better products and 79% fear that if they are rejected for one mortgage, it will damage their chances of being accepted elsewhere.

Fiinu's target market includes many consumers with lower credit scores who prefer to borrow from a bank rather than from a payday lender. Fiinu’s initial target market for the overdraft lending product are the holders of 24 million personal current accounts which go overdrawn annually.

Fiinu will also target the wealthier part of society with our savings accounts and cryptocurrency offerings. We believe that all consumers can benefit from Fiinu's sophisticated money management and budgeting tools.

The target market opportunity across Europe and North America are challenging to quantify, but we believe that the opportunity is vast. 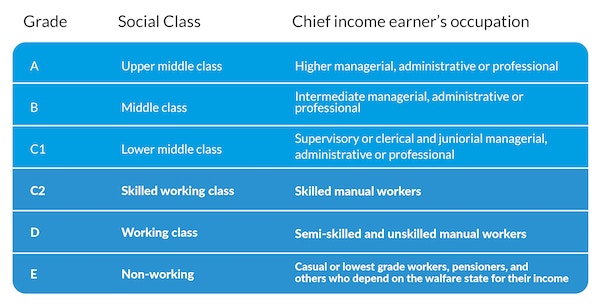 Fiinu is entering the UK's £200 billion unsecured lending market, which is growing 10% per annum. 75% of unsecured lending is through specialist lenders, which can result in negative outcomes when applying for bank credit.

We believe Fiinu is uniquely positioned to enter and serve this market as a bank.

Fiinu's customers will usually have limited savings and are used to getting unfriendly treatment from the traditional banks because they are not ideal customers for them.

Fiinu's target market for credit products prefers clear and transparent pricing. They will have modest, but sometimes sporadic income flow. Fiinu's customers wish to communicate with the bank digitally, e.g. through their app-in messaging service, 24/7.

The most popular individual reason in the UK to switch banks is a better return on savings (39%). We expect to be able to offer these customers competitive interest rates. 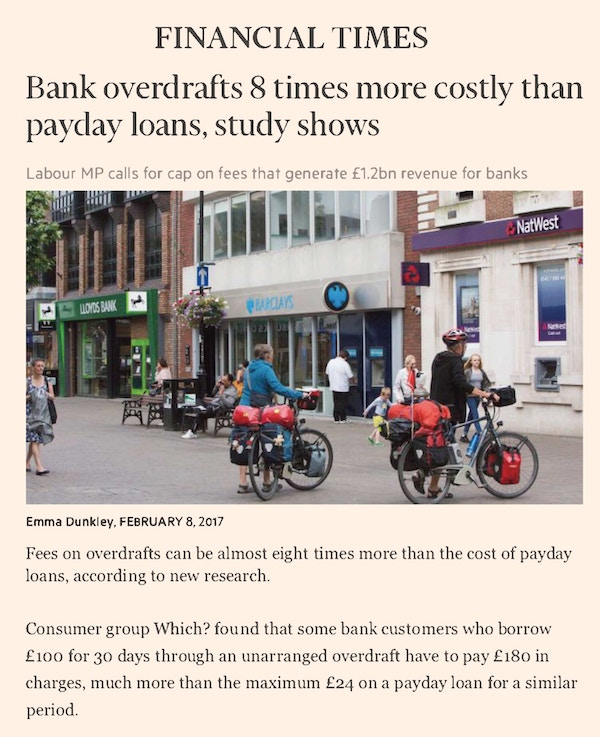 As a digital-only bank, Fiinu intends to acquire customers through digital delivery channels, using advertising space on the internet purchased via automated and semi-automated programmatic methods and active use of social media.

The leadership team has experience in acquiring customers through these methods, including affiliate networks and programmatic real-time bidding.

Adverts are targeted by user profiling, so they are likely to be viewed by a high proportion of potential customers. The founder has previously established one of the major short-term lenders in the United Kingdom, MyJar, which acquired new customers through digital methodologies.

We expect that Fiinu’s customer acquisition costs will be significantly less than that of the traditional banks. In general, these banks do not target the lower-end customers per se, but typically concentrate on the most profitable customers and products. 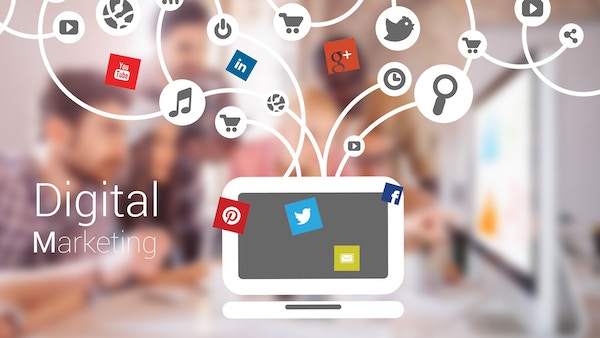 Fiinu's operations are, and will be, based on the latest technology and a high level of automation, which together reduces operational costs. We expect that this will allow Fiinu to undercut the current market and increase fairness in the banking industry by providing better services at more affordable fees. Therefore, we believe that all of Fiinu's products result in better customer outcomes.

We expect that Fiinu will be able to acquire customers at a significant discount to the traditional banks' acquisition costs, and offer product propositions that will increase competition in the market. We believe that this will also allow customers to choose more convenient, cost-effective products, improving their overall creditworthiness and improving their chances of benefiting from better financial inclusion through increased credit scoring.

Fiinu plans to utilise artificial intelligence, machine learning, automation, robotics and PSD2, Open Banking and blockchain technologies in order to be more efficient and cost-effective than any other traditional bank in the world today.