Find a Player is a smartphone app that makes it easier for people to find and play sports.

Our app covers over 140 different sports and has 2 core functions.

1. Acts as a hub between players and games on a local basis.
2. Automates and simplifies game organisation process.

We allow our users to set up activities using the app and invite their friends straight from their phone contacts. Thereafter, if they’re still short of numbers, we help them connect with local people on our system who are looking to do the same thing.

Conversely, people who have just moved to a new area or simply want to get involved in more sport can search, find and join local activities that need more participants.

Our app automates the entire invitation and organisation process, providing full in-app communication, chat and allowing gaps in games to be filled quickly and easily by local, available players.

In addition to simplifying game administration and recruitment, we will also provide lots of additional functionality such as peer to peer player feedback, league tables and awards to encourage use of the app. 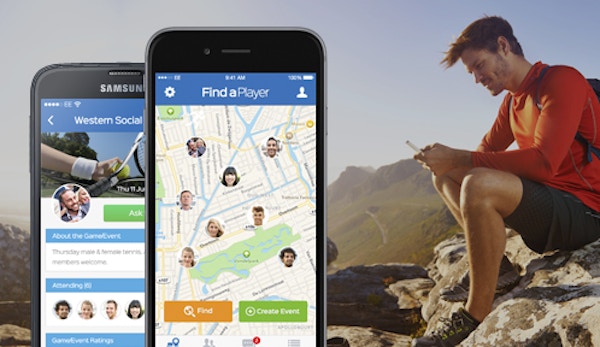 The idea for Find a Player arose from years of seeing desperate emails, texts and Facebook messages from game organisers needing players to fill their football games. The founder, Jim Law, is an avid sportsman and was always on the lookout for new games however the ones he was being offered were always at the wrong times. Jim realised that since players (such as himself) are always looking for games, and games are always looking for players there must be a much more efficient way to connect the two groups, not just for football but for lots of different sports, and that's how Find a Player was born.

This idea is backed up by research we have undertaken in combination with existing statistics available.

• 82% of people who organise games have struggled to find people to play with.
• 88% of people polled would be happy to play sports with someone they didn’t know (while only 1.7% of people currently do so).
• 78% of people said they would do more sport if they could easily find something to get involved with locally.
• 45% of people who do not exercise regularly ‘just never get around to it’.

With around 15m people taking part in sporting activity weekly in the UK alone, we believe that these statistics show there’s a massive opportunity available to us once we start to connect sports games and players around the world.

The overall impact we’re aiming for is, quite simply, to make it easier for people to organise and play sports.

Completion of first version of the App for Android and IOS. Over 3500 downloads received to date from a small marketing campaign.

Winner of Edinburgh Apps competition to provide a custom built technology solution to Edinburgh City Council. The brief was to provide a product which would increase engagement within the local community, reduce inactivity and promote the use of their sports facilities. Contract talks are ongoing.

Approval from RBS to promote App to Edinburgh based staff.

Advanced discussions with Strathclyde University to trial system amongst their students.

Approval from Student Sports Scotland to promote the system out to their student base.

Attracted 3 highly experienced and connected advisers into our team.

Finalists in the Scottish EDGE Jun 2014. We have 3 main monetisation routes, they can be broken down as follows.

We feel we have a multitude of ways that we can bring advertising money in, as the data we'll be collecting from users (social sports participation) is currently hard to access. The main advertising revenues will be as follows:

1. In app – Delivering pay per click ads at certain usage points.
2. Category Sponsorship – Whenever a user creates a game there will be a game/category header which we will be shown to all the players in the game.This header will be available for relevant companies to sponsor.
3. Promotions – Using the in app communication system we will be able to deliver targeted marketing messages direct to our users. We will be able to offer very precise targeting as our app will collect information on what sports our user’s play, how often they play them, how good they are, age, location, sex etc. This is very valuable information to sports marketers.
4. Store Links – Similar to above but we would link through to retailer’s online stores where we would receive a cut of sales or an introduction fee.

Using a standard freemium model we would deliver most basic functionality to users free (in order to allow quick scale of user base) and then, after we have identified some user pain points within the app, tailor chargeable premium upgrades to address them.

We plan to license our userbase to these facilities in order to help them fill the gaps in their bookings. This will let them generate significant revenue from pitches and courts which were previously lying empty for a minimal outlay. This model provides a strong recurring revenue for ourselves and also gives us a secondary benefit of helping to populate lots of content onto our system.

Initially 40% of the funds will be used to continue development of the app and build a new web based administration system which will be utilised by sports centres and clubs. Additional funds will be allocated to development in 3 monthly sprints once we have assessed live user metrics and identified the most productive areas for development.

Around £20k will be used for staff salaries.

The remainder of the money raised will be used (in conjunction with other revenue generated by the app) on marketing, principally heavily targeted social media advertising. 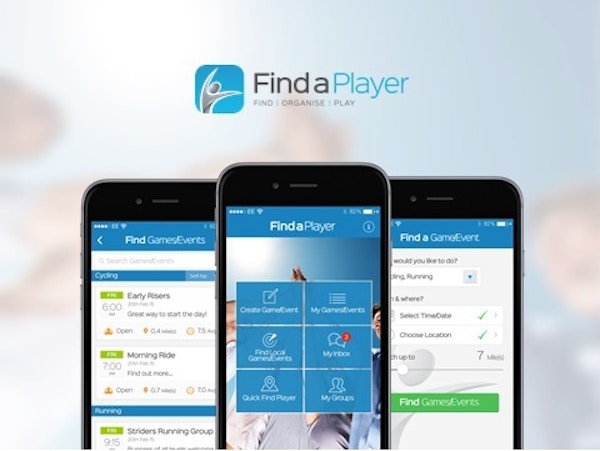 Our market, in terms of users, is anyone who organises or plays sport.
For organisers we want to make the whole administration process easier. For the majority of users we just want to make it easier and more engaging for them to participate in sports where and when it is best for them.

In terms of sports venues we are looking for any facilities which are not currently running at maximum capacity, we can license the use of our user base in order to help them add and fill new games and activities at their least busy times.

Finally we'll be targeting sports clubs and governing bodies to help them increase participation in their sport by identifying and giving them access to potential new members. This might also drive content and users onto our system.

In the UK alone around 15m people take part in sporting activity at least once a week. There are no figures available for worldwide participation but based on the UK (ranked 8th as most inactive country in the world) we estimate that there are potentially 1.7bn potential users.

Again there are no statistics available for number of sports facilities worldwide but with the assumption that the rest of the world has the same population to venue ratio as the UK, we have estimated there to be around 9m worldwide.
We found that large sports companies are very active in the sports tech industry (especially in apps) and Under Armour recently stated it's intention to spend $700m in this sector in the coming years.

Our marketing will principally be done via social media marketing and in particular targeted Facebook ads. We have already shown we can acquire users at a CAC of under 50p through a 2 week Facebook trial campaign.

We also intend to use a combination of the following:

In order to target vendors we will undertake several different sales approaches. At present our main competition comes from 2 game-organisation apps called Teamsnap & Teamer. We found that both companies have established a good base of website users (validating the requirement for organisation tools) but we believe they are principally website based and their apps have been poorly executed and received.

As far as we know neither company currently offers our key functionality matching up teams and players. Thus, we feel this gives us a strong product advantage at launch.