Givt offers a solution to charities and parties dependent on donations through its innovative platform.

Advancement in technology has grown exponentially in the last decade. Therefore, it is no surprise we’re becoming more and more of a cashless society, with many relying on digital payment. This is affecting the traditional approach of charity and is just one problem amongst the many. Structural giving is declining as the population who give traditionally, grow older, which poses major problems in the future. The younger generation especially shows a decline in charitable giving. 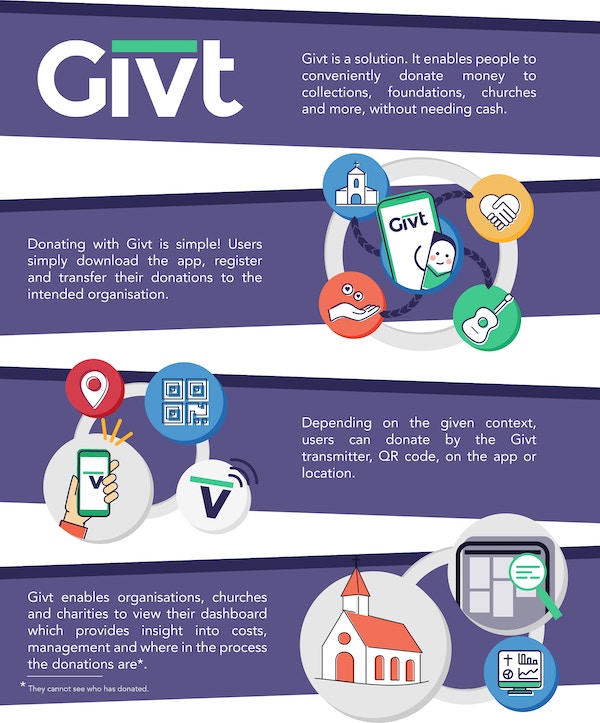 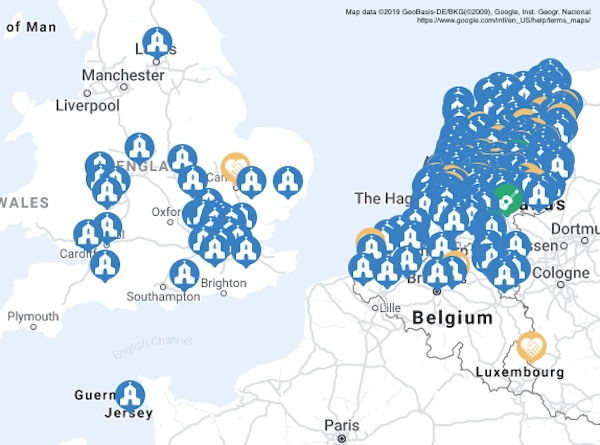 In the UK, during the pilot in 2019 we had 16 churches and 2 charities using Givt. In the last week before the campaign went live, we've shown a growth of 274% in churches in only one week during our pre-launch. 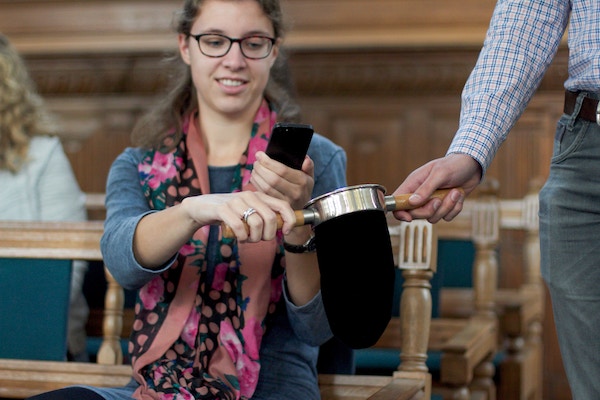 Our mission is to transform the engagement between givers and charitable causes and bring the two parties to optimise the impact they collaboratively can have. We aim to become the standard solution for every type of donation: whether that’s busking on the high-street or charitable events. 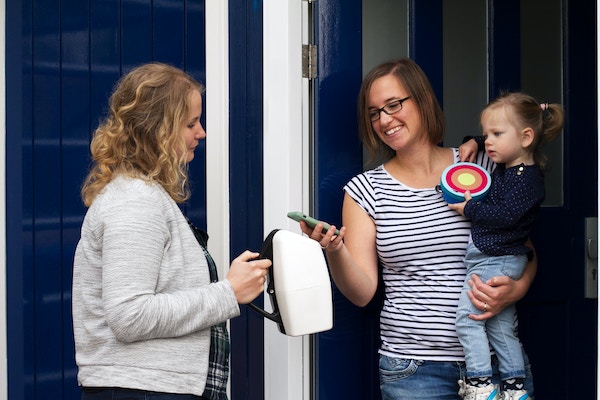 Our vision at Givt is to forge the bridge between technology and giving where users will be able to achieve philanthropic goals. Whether that is donating a certain amount a year, supporting specific causes or being part of a community. Givt will advise, monitor and notify the user about campaigns that will support their personal goals. We aim to solve the insecurities that come along with traditional fundraising. With Givt you will know whether your funds are actually going towards the cause. This makes you feel like you’re giving instead of paying. 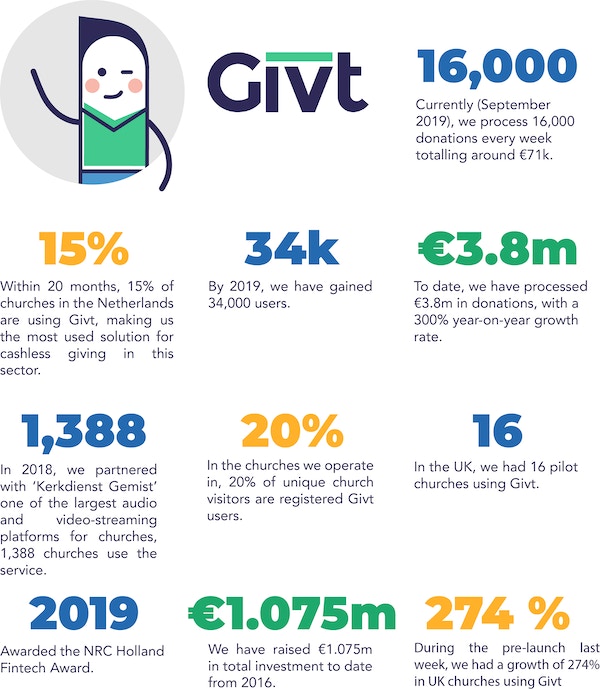 We currently generate revenue through weekly returns by receiving a fee on every donation we process. For this, we have initially focussed on building up a client base in the Dutch church market. These users are regular givers, providing stability to our revenue stream. They are also the most generous group in terms of the money they donate annually to charities. 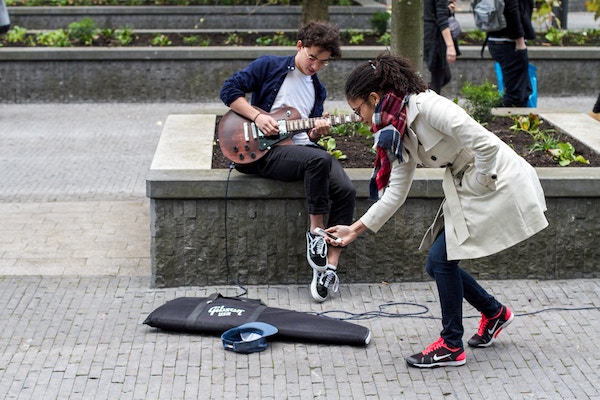 With the development of the personal giving assistant, we will activate this generosity by connecting the givers with charitable goals that are relevant to them. With this, we plan to maximise the returns from our user base. We already have 117 charities using our solution and have generated users through major Christian and secular events.

Initial uptake in the trial phase in the UK indicates donations comparable to the Dutch market. 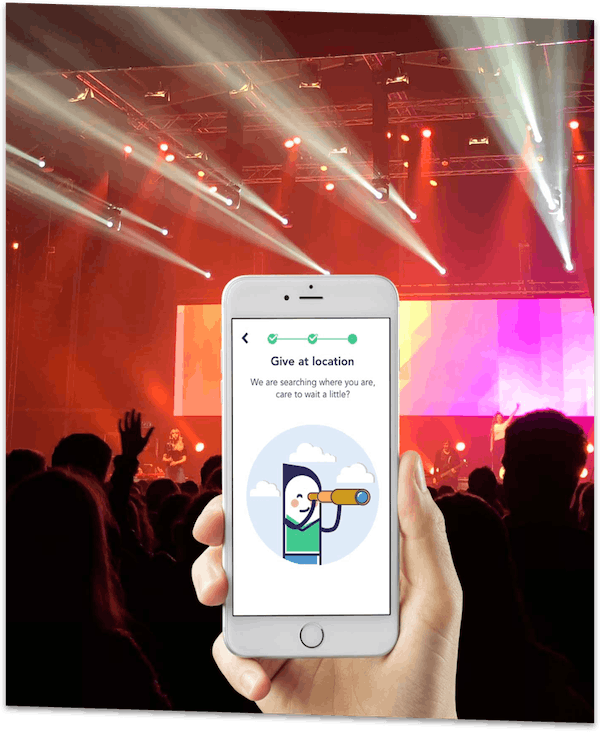 Our concept is proven to work in the Netherlands. With this investment we plan to do two things: 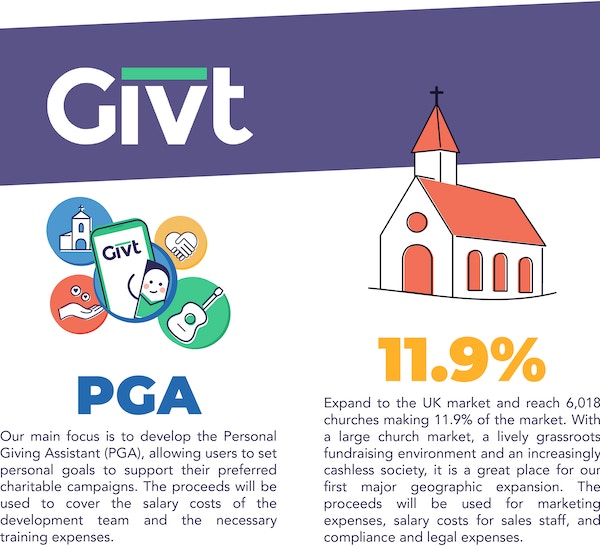