An Agritech growth opportunity - a disruptive grain and livestock marketplace for UK farmers.

We have now brought the complementary brands of Graindex (www.graindex.com) and Sell My Livestock (www.sellmylivestock.co.uk) together under Hectare Agritech Limited ("Hectare"). An investment in Hectare will be an investment in both businesses.

Graindex allows individual farmers to sell grain and other combinable crops direct from their farm to some of the world's biggest merchants, via a simple, transparent and competitive mechanism. SellMyLivestock is putting the £5bn annual trade in UK farm livestock online. Farmers and livestock marketeers are reaching a nationwide audience with a single listing - think of it as like RightMove, but for cattle and sheep.

Traditional routes to market for farmers are fragmented, expensive and lack transparency. Livestock tends to be transported to outdated and inefficient auction markets typically charging 4.8% commission plus costs, while most of the UK's £4bn grain is traded over the phone.

Most farmers know this needs to change. With depressed commodity prices they are looking for better ways of trading, and we are providing the answer.

They key terms that apply to the Hectare convertible are as follows:
• Valuation cap - £3.5m

• Discount - conversion at a 20% discount to the valuation set by a Trigger Event.

• Conversion is triggered by ("Trigger Events"):

o An Equity Fundraise – defined as the Company raising investment capital of at least £500,000 from one transaction or a series of transactions, in exchange for the issue of Ordinary Shares. The Seedrs fund raise does not count as a transaction;

o A Change of Control of the company (transfer of more than 50% of the share capital); or

o An IPO – being a listing of the company’s shares on a recognised stock market or secondary market.

Our marketplaces for grain and livestock are already established as one of the UK's largest, with nearly 6,000 farmers registered, and have traded millions of pounds worth of commodities in the last 12 months.

With fixed price and auction listings (think Ebay) farmers are getting a competitive and transparent marketplace with none of the expense and bio-security or animal welfare concerns which traditional, bricks and mortar livestock markets present. With this system animals are moved from farm to farm, not from farm to market to farm.

A leading national livestock marketing business has taken paid for space on SellMyLivestock (think eBay shop). When it comes to Graindex - most of the industry's biggest names are already onboard. Multi-national grain merchants like Glencore and Nidera were early adopters.

Furthermore, our payment system, FarmPay (think PayPal, are you getting the message?) removes the credit risk of transacting with unknown third parties; one of the main reasons why intermediaries have been so often used.

Our systems significantly reduce transaction costs, increase competition and bring transparency to these high value markets, that have so far been largely untouched by the online revolution. 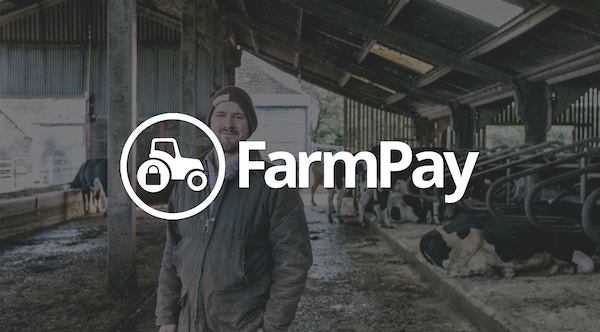 Since December 2015 new livestock listings have gone up four fold and site visits have trebled. Individual transaction values have exceeded £100,000 for cereals and £50,000 for livestock.

With almost 6,000 registered users and with nearly 30,000 social media followers we believe we have developed an unassailable market lead. We see no competitors.

We successfully raised £150,00 for Sell My Livestock via Seedrs in November 2015:
https://www.seedrs.com/sell-my-livestock

As we promised, our leadership team has been strengthened with the recruitment of a Commercial Director from one of the country's biggest processor/retailer groups (Wm Morrison Supermarkets PLC), and is now chaired by the former CEO of Drivers Jonas. Our Advisory Board spans the industry, and includes a recent UK Minister of Agriculture.

We have also enjoyed press coverage in the following: SellMyLivestock operates a "freemium" model commonly found in disruptive marketplaces. A basic listing is free, however a range of paid upgrades such as featured listings, social media boosting, premium membership and reservation fees are now being integrated.

Additionally a range of products, such as online 'shops' and dedicated sales portals, have been introduced. For example, a livestock marketing business can build its reputation with SML buyers using a dedicated and branded space or 'shop' within the site, for which it pays a monthly fee. This is similar to the way estate agents or car dealerships reach new customers using Rightmove or Autotrader. 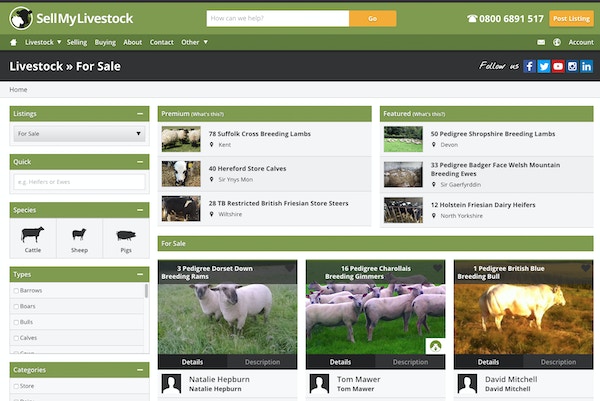 Graindex will generate income from commission earned on every tonne sold. We anticipate this revenue stream to commence in late 2016. Its overheads are low which is reflected in low commission rates.

Without any serious marketing effort trading volumes are already significant. The last 6 months has seen over £3m posted on the site. The platform is less than a year old and has not yet operated through the UK harvest season (August-October) when we expect volumes to peak.

FarmPay can be used to secure payments between any two participants using either marketplace. It also generates an important commission-based revenue stream.

Price and trade flow data are also significant to market participants and a model is being built to monetise this.

We'll be launching a major funding round in early 2017. This small convertible round gives our early investors and supporters in SellMyLivestock an opportunity to have a stake in the larger business and bigger opportunities Hectare offers.

Our primary focus until then will be on accelerating and expanding our marketing effort. We've already seen new listings and traffic increase rapidly, but we need to continue this rapid growth to consolidate market dominance.

We'll also continue to develop new products such as an app for Graindex, to match the app we successfully launched for SellMyLivestock.

And we'll continue to develop and grow our revenue streams as users increasingly appreciate the value we add.

In the UK over 200,000 individual farm businesses sell over £9bn of grain and livestock, and buy a further £8bn of farm inputs annually. That's more than twice the size of the UK sportswear industry, for comparison. The average transaction value is £3,453.

Like most countries, ex-farm trades in the UK take place through traditional and inefficient practices such as physical livestock auction marts, or numerous phone calls to brokers and middle-men. On a typical beef carcase, for example, transaction costs can represent up to 20% of total value.

Our platforms enable farmers to trade direct with one another and direct with some of the world's largest buyers of agricultural products in a way that's simple, transparent and secure.

Our target market is over 200,000 farmers in the UK, and potentially millions more overseas, who want to drive efficiency and retain value in the face of globally depressed commodity values. We do this by simplifying markets and cutting out intermediaries who erode value and obscure market signals. Agricultural commodities such as grains and meat are amongst the most traded markets in the world. Yet individual farmers often lack the means to access these highly liquid and competitive markets themselves. They act through an expensive and opaque chain of intermediaries, aggregators and brokers, and usually lack critical market information, but pay high transaction costs. Online trading has the potential to revolutionise this market, while the roll out of high-speed rural broadband has removed the last major barrier.

UK agriculture buys and sells over £17bn of key outputs/inputs each year:.

All figures are AHDB/DEFRA, latest available. 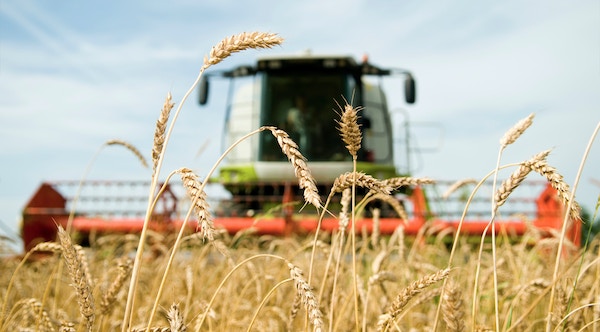 Since we launched our first platform in June 2014, over 6,000 farmers have registered. We've now got almost 30,000 followers on social media providing a demonstrable impact on trading. We have identified a further 37,000+ farmers for an imminent targeted marketing campaign.

SML has recently launched marketing partnerships with a number of livestock breeding societies, including one of Europe's largest and provided an online paid 'space' for one of the UK's largest livestock marketing businesses - more are following. Together these two partnerships bring more than 2,000 potential new users into contact with SML.

With Graindex, the majority of the UK's largest grain buyers (representing over 65% of the total market) are registered users of our platform, including multinationals like Glencore, Openfield and Nidera.

We continue to exhibit at specialist industry events, such as Cereals and The Livestock Event, and through our management and advisory board we have strong links with all the major supermarkets, meat processors and grain merchants.

We occupy a unique space in the market, and have carved out a niche where to our knowledge no direct competitors currently operate. Two livestock challenger sites started and folded within months.

A significant factor in SML and Graindex's progress is its independence from existing industry players. Any potential competitor would need to exhibit similar independence. Apart from the two new entrants that tried and failed, to our knowledge no other has arrived on the scene.

In our view the key milestones achieved including market penetration, brand awareness, strategic partnerships and engagement make it difficult for competitors to enter the market.

We believe the significant progress we have made to date, investment in and roll out of the app and the exponential rise in users and engagement make it more and more unattractive for challengers to enter this space.