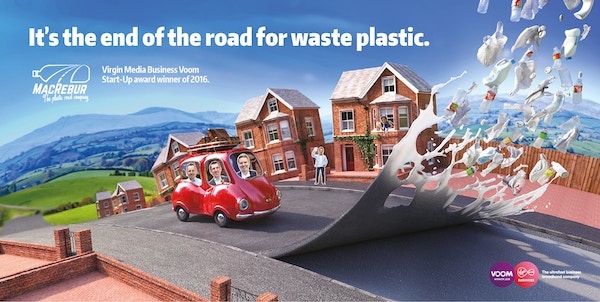 At MacRebur, we have found one simple, clever invention with which we intend to solve three world challenges:
1. Use up millions of tons of waste plastic that sit in our landfill sites;
2. Reduce the millions spent on new roads, maintenance, and pothole repair;
3. Make our roads stronger and longer lasting.

MacRebur's carefully selected plastics, taken from old rubbish, are added into roads to improve strength and durability, whilst reducing the quantity of the oil based bitumen used in a traditional road mix.

Imagine that; your old rubbish can now make our roads stronger and longer lasting…

The idea was born when our CEO, Toby, was working in Southern India with a charity helping people who work on landfill sites as 'pickers'. Their job is to gather potentially reusable items and sell them on to be turned from rubbish into something useful again.

Some of the waste plastics retrieved by the pickers were put into potholes, petrol poured all over them, and the rubbish set alight until the plastics melted into the craters to form a makeshift plastic pothole filler.

Toby thought that our councils might 'frown upon this' the UK! So, he got together with two friends, Nick and Gordon, and formed MacRebur. We came up with our innovative idea to take a mix of waste plastics, pelletise them and add them into the making of an enhanced asphalt road.

After 18 months of testing and trials, we had our product ‘MR6’: It is within British and European standards and is a patent pending, high performance, asphalt binder additive that enhances the roads we drive on today. 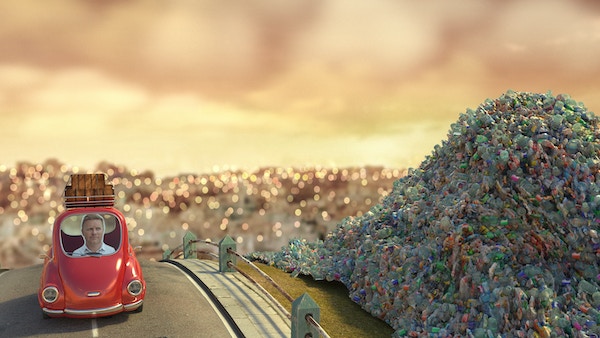 * MR6 pellets have been tested in an independent UKAS accredited lab against standard asphalt control samples, and show results of up to 60% strength and last up to 10 times longer than the standard for asphalt samples.

* Later this month MacRebur will be the focus of a two-week outdoor marketing campaign with JC Decaux. We will feature on Europe's largest full-motion digital screen in Waterloo, and on screens at Euston, Kings Cross and other UK stations. Billboards, bus stations and posters nationwide will display our adverts.

* Motions were lodged in the Scottish Parliament in July 2016 congratulating MacRebur on our invention and success so far. Furthermore, we have the backing of Scottish Secretary of State, David Mundell, who has met our directors and visited some of our roads.

* November 2016: MacRebur's pellets were used to resurface the runway at Carlisle City Airport and a large truck service station at Exelby Services. We currently sell our pellets into the UK asphalt market, which produces over 20 million tons per year with four companies dominating. MacRebur already has agreements in place with some of these firms.

Meanwhile, global asphalt production is approximately 1.6 trillion tons per year. We have our sights set on this worldwide market and have already had global interest. We have strategic alliances in place around the world.

We have created a business model that allows MacRebur to scale up and roll out our innovative solution on all roads networks, airport runways, racetracks, etc worldwide.

Looking to the future, we also believe there are many other areas of construction that could incorporate our MR6 pellets.

We believe this to be an exciting time to be involved with MacRebur. In our first 12 months, we have found what we believe is a new avenue for recycled plastic waste and created a new innovative invention that has revolutionised the industry. MacRebur have entered the asphalt industry and 'disrupted for good'. The next 12 months will be just as exciting...

We have a UK, Europe and Worldwide growth strategy in place. Being an early mover and building a fortress of intellectual property is vital for our success abroad, and your investment is essential for this to be MacRebur's reality.

Investment will help us to finance the infrastructure growth required for the considerable demand we are experiencing for MR6. They will be building a 'wide moat' around MacRebur and are not just planning for short term success, but strategising to take MacRebur to its ultimate fruition, fitting neatly into a massive industry.

Please note that whilst the campaign is labelled as EIS eligible, the company has its SEIS allowance remaining. We will therefore be looking to seek SEIS relief on the first £150,000 invested into the campaign and EIS relief on the balance. Any tax relief is dependent on personal circumstances and may be subject to change in the future.

Our customers are the asphalt manufacturing companies, of which there are 275 asphalt plants currently operating in the UK and nearly 5000 across Europe.

Worldwide, the asphalt market produces 1.6 trillion tons of asphalt, and for example in the US this is expected to rise by 3% each year.

As MR6 replaces part of the bitumen in an asphalt mix, the potential market is colossal and very scalable as to our knowledge there is no other product in the world like it.

MR6 can be added into every ton of asphalt produced without any modifications being required by the asphalt manufacturing plants, so that everyone, everywhere can drive on a greener, leaner, stronger, longer lasting road. 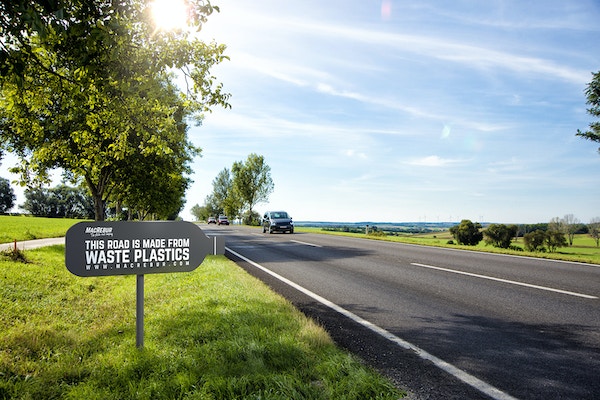 'BDS Marketing research' identifies that Tarmac as the largest asphalt supplier with around one third of the UK market. The top five companies also comprise Aggregate Industries, Hanson, Cemex and Breedon. Between them, these companies are estimated to have over 80% of the market. The rest of the market is represented by around 30 companies.

Asphalt companies are gearing up for improved markets this year. BDS has identified six new asphalt plants that have opened in the last year. A further six mothballed plants have also re-opened. The consultancy has also picked up proposals for eight new plants.

Asphalt manufacturers purchase bitumen as a key part of their mix.
MR6 allows for less bitumen to be added to their mix giving the manufacturer instant increased profits from all current and future business.

As global bitumen prices increase, so too does the commercial urgency for MR6.

MacRebur plan to employ a network of field agents to raise the profile of our product and develop the business and build partnerships with government, councils and highway maintenance companies.

Since winning Virgin Voom last year, we have received a massive amount of business and press interest that has been hugely beneficial for our company and our marketing.

We have featured multiple times in both national and regional press, TV and radio and we will soon be starting our nationwide outdoor advertising campaign with JC Decaux. Our CEO has also been invited to speak at TEDx Cambridge University, further raising MacRebur's profile. 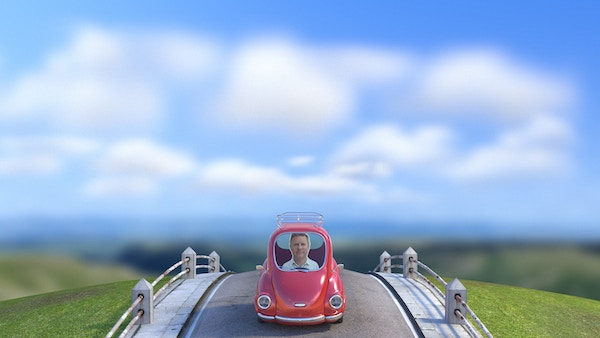 We are the only company in the world to our knowledge that takes waste plastics, mixes them with our secret ingredient, pelletises them and adds them into asphalt. We have our patents pending and PCT application to secure this.

There are asphalt additives on the market that do strengthen roads. However, they are very costly compared to traditional asphalt. They are expensive to produce, environmentally harmful and carbon emission producing. Furthermore, we have found that these additives can only be ordered in bulk and go off within a short period of time. Asphalt manufacturers only have a certain number of their manufacturing plants that have the infrastructure available to use most of these additives.

By comparison, MR6 comes in pellet form, it has no 'use by date', can be ordered in any quantity, can be used by every asphalt plant in the world without any plant modifications, is environmentally friendly, replaces some of the fossil fuel bitumen in the mix, is cheaper than other additives, and we are frequently able to use local waste plastics, for local roads.