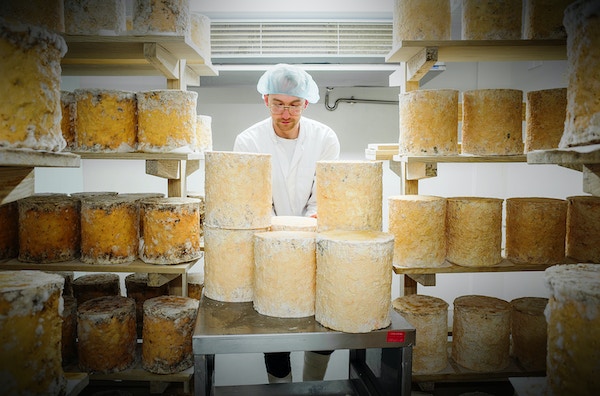 Mike's Fancy Cheese is an award-winning cheese-making business based in Northern Ireland, run by a qualified cheesemaker with experience at some of the UK’s leading dairies.

We are producing and selling Northern Ireland's first and only raw milk blue cheese called Young Buck. It is produced from a single herd of award-winning Holstein-Friesian cows based in Newtownards, County Down.

Young Buck has only been available for two months and is already available in several of Northern Ireland's top restaurants, as well as at a Michelin-starred restaurant in Dublin. It is also beginning to gain reputation down in the Republic of Ireland with Fallon and Byrne, one of Dublin's finest cheesemongers stocking it.

Recently on a visit to London we have received fantastic feedback from big supporters of ours Neal's Yard Dairy and we are looking to up production to meet their demand.

We are also looking to set up online sales offering a variety of cheese to the unserved customers of Northern Ireland.

I believe in the values of small production by many.

I have created an unhomogenised product of which I can be very proud, rooted in Northern Ireland but sold across the UK (and eventually internationally).

I am making cheese and sell it direct to the public, whilst showing them every aspect of the cheese-making process. By doing this I hope to instill a pride for Northern Irish produce and create a culture of secondary production and adding value to our great raw products.

I pay our farmer a very fair price for his milk, enabling him to produce the best quality milk from very well-kept cows.

At the proposed cheese-tasting events I will show people the array of tastes that can be made from the same raw ingredient and show them the joy of tastes and textures of cheese.

I am a fully qualified cheesemaker,with a diploma in dairying from the School of Artisan Food.

We have a fully fitted unit,capable of producing 22 tonnes of cheese a year. All equipment has been bought with the previous round's funding.

We have already achieved an extensive list of amazing stockists. Many of Northern Ireland's top restaurants have us on their cheeseboard: James Street South,Hadskis,Ox, Bistro Este, Balloo House, Poacher's Pocket, Browns and Deanes to name but a few. And delicatessens such as Sawyer's, Sheridan's and Arcadia are selling our cheese direct to the public.

We are beginning to move down south also recently stocking one of Dublin's finest cheesemongers Fallon and Byrne and a number of restaurants including fine dining chain Ely and Michelin-starred l'Ecrivain are also stocking us.

I featured on the radio 4 food program talking about the rise of food in Northern Ireland which can be found here http://www.bbc.co.uk/programmes/b040h55g (I don't always look that grumpy).

We are now getting recognition in mainland UK, and are already stocked by cheesemonger of the year Courtyard Dairy, and hope soon to be available at Neal's Yard Dairy.

Cheese making can be a profitable business. However, the start-up costs are high. Despite that, there is a great potential mark up from the price of milk to the price of cheese at the end. Also, I expect to be able to reduce the overhead of wages as most work can be done by me at the start. The more direct sales than can be made, the better, so as to cut-out the fees of wholesalers. I plan to buy milk at 40p/l and sell my cheese for approximately £11/kg wholesale and £24/kg direct.

I also plan to hold monthly cheese-tasting events for 40 people at a planned charge of £15 a head. The first of which was a big success.

I think these events would not only give the public a greater awareness of my own produce, but help spread the popularity of artisanal foods generally. We have a mixture of direct sales and wholesale. Moving forward we also are looking at setting up an online store. We are already fully functioning and we are looking to increase this production as smoothly as possible to make sure no quality of the product is lost.

The proceeds of this round of funding are to buy more milk to up production, buy shelving to store more cheese and to employ another member of staff to enable us to up production and also attend more direct markets and events.

It will also be used to buy packaging and set up an online store to sell the cheese direct.

The Target Market would include:-

1. UK and Ireland cheese wholesalers. I anticipate that the majority of my cheese would be sold to UK cheese wholesalers. I would hope to use publications like the Guild of Fine Food's Fine Food Digest (which has already profiled this new venture) to spread word of my cheese to UK and Irish delis. Through these channels it would also be sold to the expanding US artisan cheese market in the near-future.

2. Young local ethical foodies. I believe there is currently a vibrant young-person food movement and by showing them the craft of cheesemaking and the quality cheese I produce, I would hope to build strong relationships and show many ways of utilising the cheese in recipes to build a long-term following.

3. Local restaurants. Northern Ireland has a selection of world class restaurants that pride themselves in their use of local produce and I hope to fill the gap of local cheese for these restaurants.

I have previously worked for Leicestershire Handmade Cheese on Sparkenhoe Farm, and have built strong relations with Neal’s Yard Dairy, who have given strong indications of support for this venture. The cheese I plan to produce would be aimed at the needs of, for example, Neal’s Yard Diary, as my experience shows that demand for unpasteurised blue cheeses is currently outstripping supply.

This still holds true, as many wholesalers and shops I have spoken with are crying out for more raw milk blue cheese. 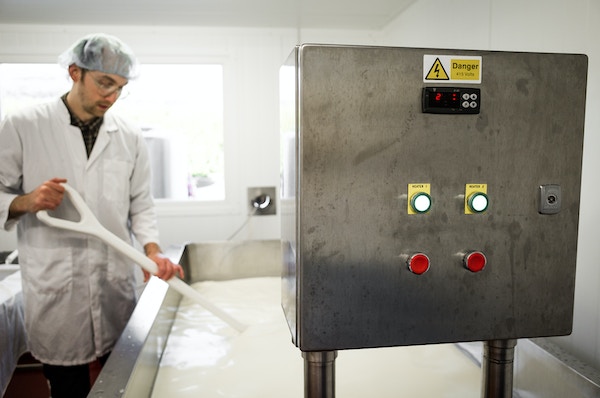 Like other Irish cheese-makers, I plan to send my cheese to England and distribute it to wholesalers.

However, I would also expect strong sales in Northern Ireland, and plan to have a presence at Belfast’s St George's Market, which runs a weekly craft food market, featuring local producers selling the very finest Northern Irish foods. Not only would I expect this market stall to encourage direct sales, but it would also allow people to actually taste the cheese before they buy it. Again by hiring another member of staff it means we could have a presence here and continue to make the same volume of cheese.

I have a strong link with multi award-winning Belfast fine food store, the Arcadia Delicatessen. It stocks a large range of cheeses, and I soon hope to have my own products on offer there. I also plan to run a number of “meet the cheesemaker” events through them. I have also begun to cultivate a strong media presence, both traditional and online. I have been featured on the BBC, in food blogs, and have begun to develop a social media following which I expect will be a powerful tool in developing my brand.

One of the main competitors in the market for unpasteurised blue cheese is Stichelton, which I believe to be at full production capacity. Another similar high-end Stilton producer is Colston Bassett.

My experience of this market leads me to think that there is an enormous demand for artisanal, hand-crafted products such as mine, and I believe that the rarity of such cheese has sparked major interest. I have spent the past two years training and making cheese to ensure the quality and safety of my product. I believe that many new blue cheese makers produce a product which lacks the taste of my proposed three month ripened raw milk cheese.

Although I would expect to be the sole producer of raw milk blue cheese in Northern Ireland, I plan to use this position to not only attract a major market share, but also to mentor and otherwise help up-and-coming cheesemakers. 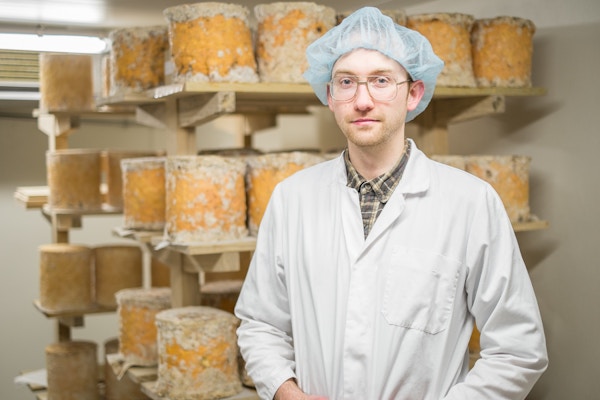