Profile
We are a family brand from East London. Our Chilli Crisps are a hit and we have demand for new flavours! Despite the wave of alternative and healthier options on the market, the humble crisp is still the most loved and number 1 snack in the UK with a market value of over £1.1bn with no sign of this love affair ever ending.

Mr Singhs is a family business which started from a shed in East London. We make all natural, 100% Vegan, Chilli sauces ranked No.1 in the country by the Metro newspaper, an award-winning cooking paste and outrageously tasty Chilli crisps.

In November 2017 we launched our hand cooked, Vegan and all natural Chilli Crisps. They were an instant success for us, contributing over 64% YTD sales. Today, they are available in over 200 independent pubs and shops, WHSmith’s and Ocado. Due to this success, we are pivoting to focus on snacks with sauces and pastes selling in the background, mainly to export clients.

We need to invest in a delivery van for local customers, part-time sales and delivery person and to hire an outsourced telesales team to secure new business nationwide. 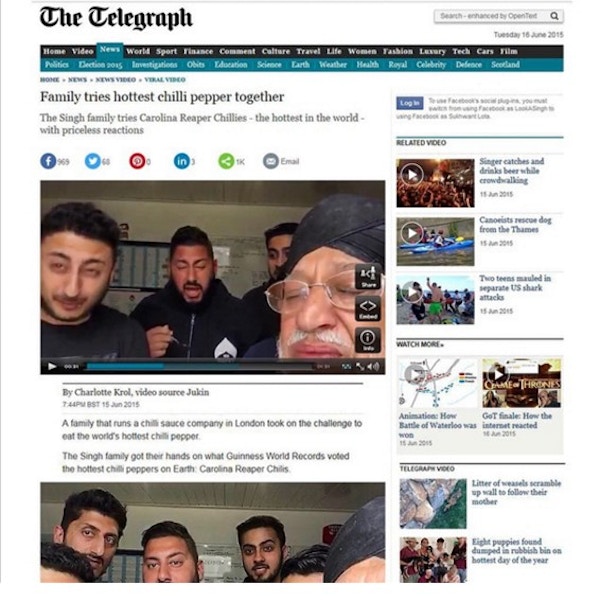 Using our existing factory and suppliers we will complete the development of our new flavours and sell them into an existing distribution chain.
- Pubs and local shops.
- Online: Our website and Ocado.
- High Street: WHSmith's and Petro-Retail. The use of proceeds is as follows:.
- Launch 2-3 new flavours of crisps.
- Buy a delivery van and pay for running costs.
- Hire a part-time sales-person/delivery driver.
- Develop national sales.
- Crisp's specific point of sale marketing.
- Working capital and cash flow.

Mr Singh's have a £15,000 loan and a £2,000 overdraft, both with HSBC. Funds raised from this campaign will not be used to repay these loans. To access the Mr. Singh's team biographies, including current ownership