Profile
A software platform that turns a TV, Set Top Box, Tablet or Games Console into a smart home hub.

MyLiveGuard's software turns a TV, Set Top Box, Tablet or Games Console into a ‘smart home hub’ to which homeowners connect via our cloud servers & run our integrated Home Automation, Home CCTV & Home Security software suite using their iPhone/Android smartphones. This offers a new use case to run Over the Top (OTT) on existing devices. Users can now, for example, run video streaming services like Netflix and use it as a smart home hub.

We provide white labelled software that allows a company to rapidly launch a smart home/home automation solution into the market, giving the end user home automation, home security and CCTV functionality from a single app on their smart phone. We are offering Investors the opportunity to get their hands on a MyLiveGuard smart home system before it is launched on the open market. The Pack (which we expect to retail at £199 and consists of a hub, a camera, a smart switch and a door-window sensor) will be available with the following discounts:

Our model is to ‘Stand on the Shoulders of Giants’. We aim to work with Tv and Set top box manufacturers, Service Providers, Utility companies, Insurance companies and even Vehicle Manufacturers to offer connected home services to their customers.

It gives service providers (e.g. internet service provider or utility providers) the ability to sell several services on the same device - so for example they could provide their customers with TV streaming, gaming and smart home services.

How big is the opportunity?
Potentially huge; with our ability to run on TV’s Set top boxes, tablets and games consoles, we are able to sell to: android device manufacturers, retailers, internet service providers, utilities and security companies. This strategy of ‘standing on the shoulders of giants’ facilitates considerable levels of software sales scalability.

TPVision sells millions of TV’s per year under the Philips brand. In September 2015 our Android system hub software was showcased on the Philips stand at the European consumer event IFA held in Berlin where it was running inside Philips new Android TV’s. TPVision are looking to offer their retail partners TV-plus-Home Automation bundled devices based on the use of MyLiveGuard’s software platform.

MyLiveGuard has agreed terms with Finance Wales for a total investment of £150,000 of which £75,000 is being invested as part of this round on the same terms, and a further £75,000 later in the year if certain agreed targets for customer orders are met. Investors will have pre-emption rights if this second tranche comes to fruition. 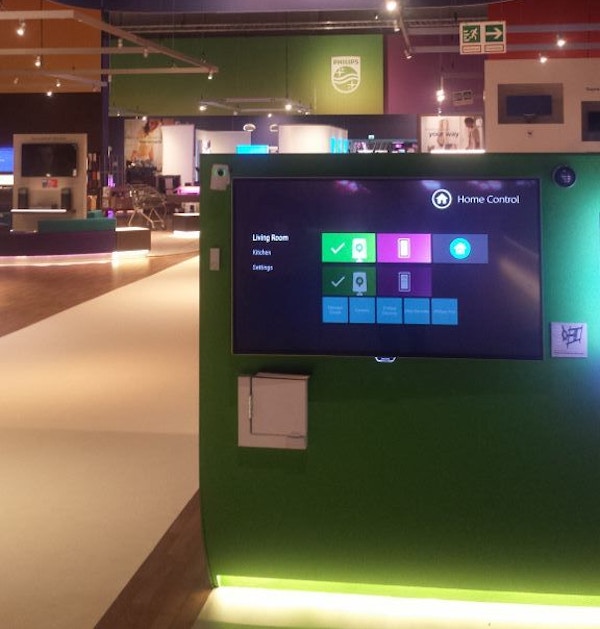 Depending on the type of arrangement our customer (Service providers, Utilities, Retailers, Android Hardware manufacturers etc) wants, MyLiveGuard expects to be able to take revenues in three ways:

1. By directly licencing our software to our customers.

2. From partnering with smart home device manufacturers (e.g. Cameras, sensors and switches) who we support on our platform to take a commission per device sold. These devices are then bundled with the TV, Set top box, Tablet etc in special offers generated by our customers.

3. From taking an ongoing commission for services for example:
Alerting: our platform can contact users via a voice call, or a tiered voice call, which means that it recognises the first users answerphone and calls the next one, with up to 5 users in the list.
CCTV storage in the cloud: our platform can store alarm footage in the cloud both before the event was triggered and afterwards. We are a software development company and as such, all amounts raised go on working capital – which is predominantly made up of people.

Over the next 12 months we expect that out costs will be primarily made up of employment costs and of other overheads such as office and hardware costs.

The MyLiveGuard offering is a B2B2C model. We are targeting:

All of these companies have direct channels to the consumer market. Examples of some of our prospects include:

Opportunity: TPVision sells TV’s under the Philips brand. In September our software was showcased on the Philips stand at the European consumer event IFA where it was running inside their new Android TV range. They are exploring the possibility of bundling our software alongside their TV's.

• One of the world’s largest set top box manufacturers.

Opportunity: They are due to launch their Android box with some Retailers in Europe and want to launch a smart home service on this box.

• Netrange: They are one of the largest distributors of middleware for the pay TV market.

Opportunity: They have recently announced a deal to supply all the content to Huawei boxes and Skyworth devices. We are in licensing discussions with them, including for a large Belgium service provider.
• Geniatech: Geniatech are a manufacturer of Android TV boxes.
Opportunity: We working to launch a joint marketing initiative with them.

Brightstar: Brightstar are a $bn US company who sell wireless devices to 40,000 retailers.

Opportunity: Brightstar have been looking for a company who can pull together their portfolio of disparate ‘connected devices’ into a single platform.

How big is the opportunity? We aim to reach the market through partners that we are looking to work with.

At the moment, we are targeting these partners with a 'rifle shot' approach of either identifying companies who are interested in the smart home space or who have a device on which we can sit, and then seeking out the person responsible. We are getting great feedback, and have managed to get board level meetings on a number of occasions. This is because the smart home sector is such a hot space and everyone is currently working out their strategy and approach to the market.

As we grow and become better known, we expect that we will receive more incoming than outgoing leads.

At present almost all offerings out there require a bespoke smart home 'hub'. What we are offering our customers is ultimate flexibility:

- They are not tied into one hardware hub supplier with all the risks that come with a single supply source. There are huge numbers of android based devices that can be used.

- They can use different types of device - whether that is a Set top Box, a Tablet, a TV, or a Games Console.

- They can choose what smart home hardware they would like to talk to the hub. There are large numbers of Z-Wave device suppliers, similarly large numbers of IP cameras all at differing price points.

- As a software only model, we can allow partners to add in additional devices as time moves on. Examples of this is that Philips TV (TPVision) wanted us to integrate the Philips Hue lighting system into our hub to demonstrate at IFA. This helps future proof those suppliers.

- Following on from this 'flexible' approach, it is clear that the industry is currently a 'mish mash' of different and competing wireless protocols. At the moment, we feel that Z-Wave has supremacy; however, if a customer would like us to integrate Zigbee, Thread, Bluetooth, it is simply a case of adding some software code to our application to allow it to talk to those devices.

- We are very excited about an 'API' that we are working on, which allows 3rd party android based applications to talk to our smart home platform. This opens up a huge opportunity to the android application developers who could create android based apps that sit alongside our own application and offers a huge range of connected possibilities.

We believe that we really are the most flexible of all smart home offerings out there and feel that the ability to leverage the Android developer universe, will create unrivalled functionality.

To access the MyLiveGuard team biographies, including current ownership