Rock and metal music entertainment service combining the freedom of streaming with the intimacy of radio.

Primordial Radio serves the UK rock and metal community by combining the intimacy and personality of radio with the freedom, control, and choice of digital streaming. Users will control the music surrounding the emotion, opinion, and personality of the station, giving a simultaneous unique and shared experience. Our community is fiercely independent but don't want to be alone.

The core team is built of members of the target audience who have faced the challenges of sustaining a rock and metal radio service within the traditional media model and recognise the digital opportunity to unite an under-served audience with the music, personalities, content, and freedom they crave.

Primordial Radio is owned and built by its target audience and community with a clear and experienced executive creating the output reflective of a democratised process.

The premise is to unite this scattered, disenfranchised, and fragmented audience by providing a service for which they have asked for years. 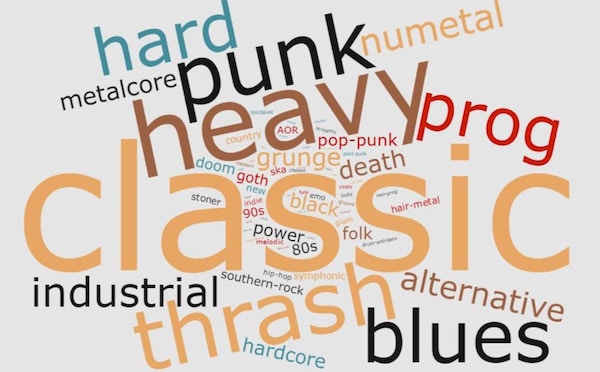 Primordial Radio started after years of fruitless effort, trying to fit the square peg of rock and metal into the round hole of the traditional radio model. A model where broadcasting infrastructure and centralised advertising agencies presented challenges to costs and revenues, and regulatory bodies restricted the ability to represent the true tone of a rock and metal atmosphere. Aligned with these challenges is the difficulty finding agreement within the rock and metal community itself on what 'rock' is as everyone's interpretation is entirely unique.

Primordial Radio's model instantly renders moot these challenges by almost entirely eliminating infrastructure costs with a studio-less environment, delivered via the web, free from regulatory bodies, resulting in a service truly reflective of the rock and metal environment to which our community responds. Plus, the audience chooses their own 'rock' so can only argue with themselves.

To our knowledge, no such service presently exists. 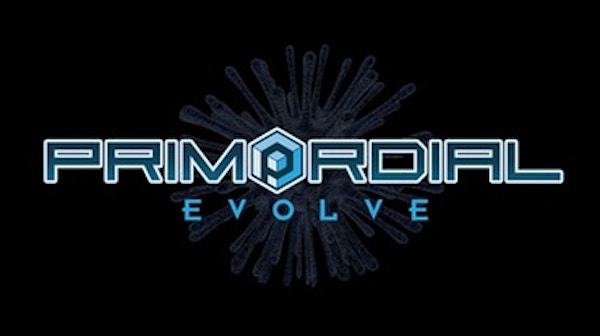 JANUARY 2017
Primordial Radio begins life as a Facebook page with 2 likes. At present it has 3,500+ likes.

We started 'Primordial Radio' the weekly podcast in February, which now has a combined 20,000+ downloads.

YouTube channel begins with Freespin Friday and People's Playlists. To date they have accrued over 52,000 views.

MARCH 2017
App testers halted at 300+ due to overwhelming response.

#LRTB launches - a week-long, national road-trip where Primordial Radio meets their audience in 13 cities to discuss the plan.

This was all started from a single pre-order t-shirt and badge sale.

Primordial Radio's model is based upon small numbers multiplied, and aims to create a service our existing and target market value, and to develop products of appeal outside of our realm.

Revenues accounted for include:

Events - Ticketed events where Primordial Radio controls the bar and catering. The plan calls for 3 small and 1 large (AGM) events in YR1 and to add two small events per year to the point where we have monthly events and an AGM.

Competitions - Pay to play trivia and competitions. The first monthly YouTube live Pub Quiz is set for May with the plan to increase frequency when the process is practiced and perfected. The first text based voting competition launches in August. Primordial Radio's plan is to bring faces and emotions to the beauty of an algorithm, so the raise will be spent on:

Heavy metal music and its fans have an unfortunate history of alienation and intolerance from mainstream culture, but it seems all those years of negative press are totally in the wrong: Classical fans and metal fans are scientifically proven to have identical psychological profiles yet advertisers steer well clear of the heavy metal audience. Years of alienation has left this audience disenfranchised and suspicious of the mainstream. However, when trust is earned, it is kept. Primordial Radio knows this implicitly.

Contrary to the stereotype the heavy metal audience is educated and have lives, partners, kids, and employment. They are fiercely independent, and even Spotify recognise the metal audience to be the most loyal of all music fans. Loudwire referred to it as a community that founded its own religion that is more popular than Scientology and Druidism. An audience where music isn't just something to listen to but rather something that extends to what they wear, drink, and abide.

Heavy metal listeners are above all else creative, at ease with themselves and introverted. This gentle and creative persona allows listeners to freely encounter nontraditional occurrences (like non-mainstream music) with a more open mind than their peers.

A simple scan of UK radio services indicates there is no dedicated service for this audience despite the fact they show up in their hundreds of thousands to festivals and concerts every year. Festivals that cost hundreds of pounds (Download tickets are £215, RIP Packages are £475). The audience is willing to spend money on things that they value.

Our existing audience profile is UK based, 3:1 male to female, and predominantly 25 - 44 years old. The acceptance and growth of music streaming services in the UK is astonishing with 45 billion audio streams served in 2016 – an increase of more than two-thirds (68%) on the previous year. December 2016 witnessed the first-ever 1 billion audio streams week milestone. 8.3 million people in the UK have a subscription to either Spotify or Apple Music. These numbers continue to rise.

We estimate that approximately 10% of adults in the UK listen to a rock radio station.If we overlay the two stats Primordial Radio is going directly after the 830,000 people who are presently paying for a music streaming service and favour heavy metal music.

Primordial Radio is a direct service delivered via the internet - specifically through our own platforms and Social Media. Everything Primordial has done - and will do - is marketing. Every podcast, video, radio programme, product, event or social engagement is an advert for the service and motivated by what our existing audience wants. Engaging and bonding with this audience is critical for if we satisfy them, they become our marketeers, as evidenced by the near 600 human billboards wearing our gear at the gigs and places our new audience congregates. We will not be infatuated by an audience we don't have - we will love the audience we do have. The loyalty and bond between Primordial Radio and its existing audience is real and powerful and is the foundation upon which we shall build, because a personal recommendation carries more weight than any suggested post.

We plan to introduce Incentive schemes and street teams with local coordinators across the UK. We also plan to collaborate with other events around the UK, support rock venues and clubs and feature guest appearances on the station by special interest labels.

Ultimately, the audience will contribute to the product on a daily basis deepening that emotional bond because Primordial Radio will be their own.
In the end, we shan't waste money or insult our audience by concocting a marketing message that contradicts reality. Our message will come from the hearts, brains, and souls of our audience.

To our knowledge there is no other service that allows users to manipulate the music around live content. The nearest competition are the two industries from which our hybrid is based: music streaming and radio.

Primordial Radio is actually looking to capitalise upon the current trend of changing behaviour from traditional to digital, particularly amongst late adopters.