Five years ago they were homeless; now they have a credible dream to reach the Football League. South Shields Football Club has a remarkable story and the next chapter is ready to be written.

Between 1919 and 1930 South Shields had a club which at times thrived in the second tier of the Football League. Attendances were known to exceed 20,000 but some cruel twists of fate led to the club twice having to come back from the dead.

In 2015 - after two years being forced to play 'home games' at a venue 20 miles away - the club returned to South Tyneside and now, after three promotions in four years, they are just two promotions from the Football League. This would have been four promotions in five years but for the FA declaring the 2019/20 season null & void. They're doing all this while nurturing local talent in their two academies and placing themselves at the heart of their community through their own charitable Foundation.

In 2020 the Club successfully steered its way through the challenges of the COVID-19 lockdown, minimising its impact on financial performance by taking advantage of the grants available from Government and implementing some other fund raising activities. The Club feel the experience has made them stronger and more determined than ever to achieve their long term goals.

By purchasing shares, you can help South Shields FC raise the extra funds they need to realise their full potential and continue making a huge impact on their community. The Club is becoming an integral part of the community, and has grown its engagement with the community in promoting the “Joint Health and Wellbeing for South Tyneside”. Not only has it created the Academies, but also a charitable Foundation with over 300 participants. It intends to further this engagement with the expansion of facilities, and greater community involvement with areas of social investment. The relationship can also be seen where sports programmes are being delivered in local schools by the Club, with not only football but other sports and recreational activities. 1919 - Club is elected to Football League for the first time. Most of its time in the league is spent in the second tier.

1921 - Shields lead the Division Two table by five points at Christmas and are on target for promotion to the top flight, before falling away.

1930 - Club folds due to financial difficulties and moves to Gateshead, becoming Gateshead AFC

1974 - A new Club formed in 1936 evolves and Shields reach FA Trophy semi-final but are left homeless after selling Simonside Hall.

Another new club - the current entity - is formed and plays at Jack Clark Park.

1977 - Club wins Wearside League for first time, along with the Durham Challenge Cup.

2013 - Club is left homeless after its lease on Filtrona Park expires.

2015 - Geoff Thompson takes over as chairman and brings club back to the now renamed Mariners Park. The Company has been established as a holding company for two distinct wholly-owned subsidiaries it has invested in, SSFC Stadium Company Limited and South Shields Football Club 1888 Limited - please see the attached structure chart for further details.

SSFC Stadium Company Limited was established to hold the land, buildings, and assets of the football club at its stadium known as Mariners Park. It earns revenue through renting this facility to South Shields Football Club 1888 Limited, and a 25 year lease exists which was signed in July 2015. The rent was initially set at £24,000 per annum, but as from 1st July 2020 the rent has increased to £5k per month.

South Shields Football Club 1888 Limited is the main operating company of the football club, and generates all of the external revenues through a number of different sources: 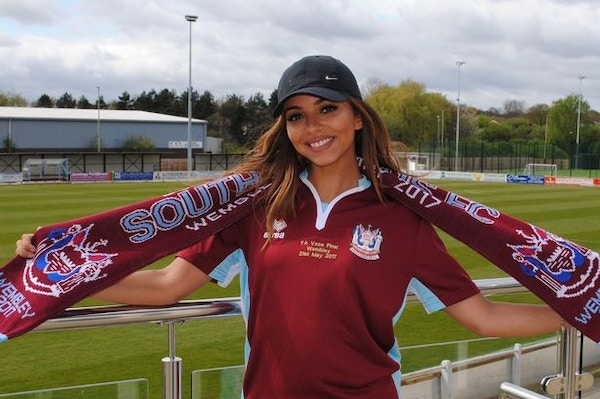 The proceeds of the £250k fundraise are intended to be used in the following ways:

The groundworks are scheduled for the summer of 2021, and relate to the replacement of existing pathways with tarmac and to also replace the current dilapidated pitchside barrier with new ones.

The projections clearly show that there will be a working capital shortfall through the next 12 months, as we move toward a sustainable model. Therefore a key decision in seeking the funding was to make this investment in the short-term for longer term gains by the organisation. 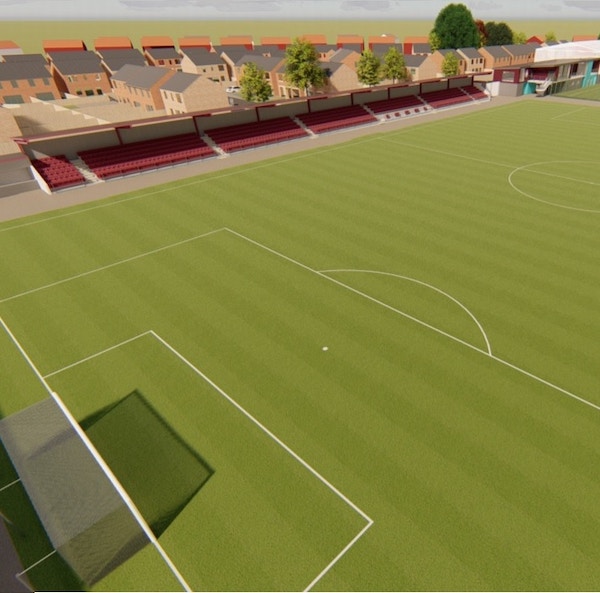 In 2017, a new company was set up to purchase a parcel of land adjacent to Mariners Park. This entity does not sit within the Club’s group structure but is related as it is wholly owned by the Chairman Geoff Thompson (who is also currently the sole shareholder of the Company). Please see the attached structure chart for further details.

A planning application has been submitted to redevelop the site into residential apartments. If granted, it is expected that the planning permission will be subject to a condition to develop a new stand and community hub at Mariners Park. This is not to be owned by the group structure. 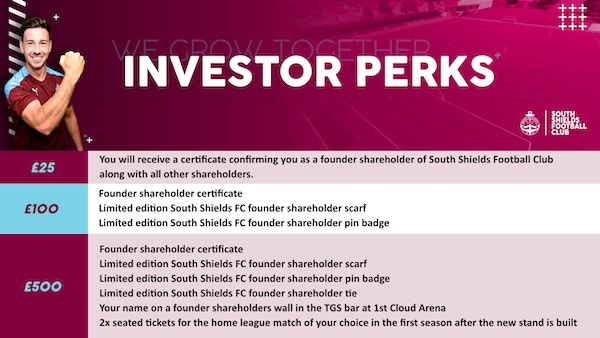 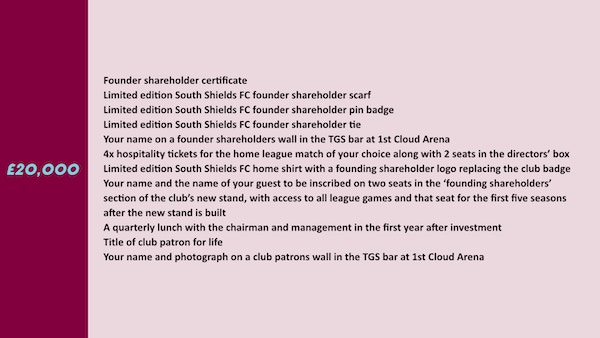 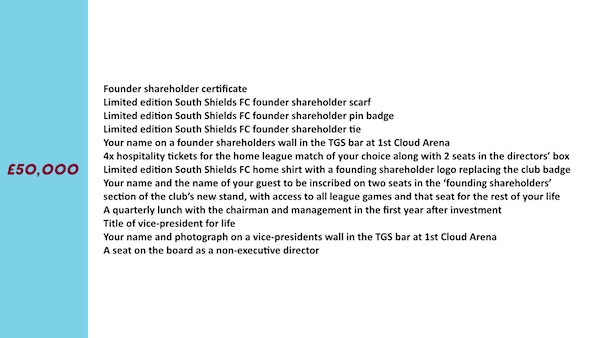