The IMDb of Theatre. Discover and book the best shows in London through smart and social recommendations.

You can imagine it a bit like IMDb meets Trip Advisor but for Theatre. In a nutshell it helps Theatre goers discover and book the best shows in London through personalised recommendation algorithms and crowd sourced reviews. 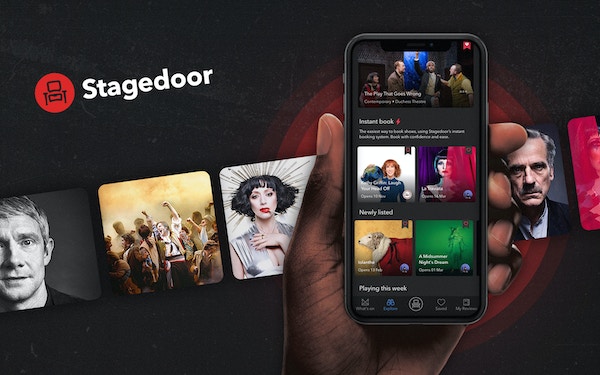 Through Stagedoor theatre goers can access the most comprehensive database of more than 500 theatre performances in London - allowing them to follow their favourite Directors, Actors, Writers, Theatre companies and Venues in order to stay up to date with current and future productions.

Once they find a show they love, users can then save shows in a smart “wish list” which reminds them before a show opens or closes… no more excuses for missing a show. 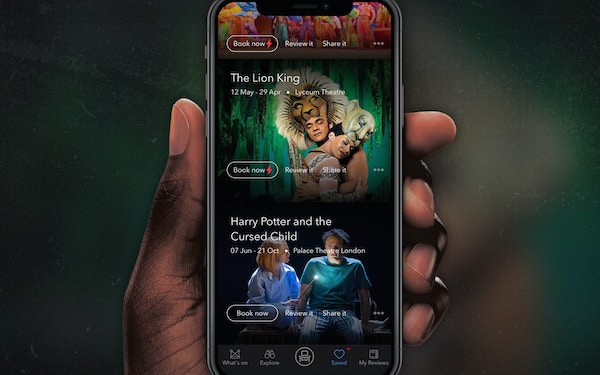 Being Theatre lovers ourselves and living in London, we’ve always experienced the struggle of finding the best shows to watch as well as the frustration of missing out on amazing shows we didn’t catch in time.

Looking at other industries where information is chaotic and scattered the rise of discovery apps was a natural step forward. You’ve got Foursquare & Yelp for bars and restaurants, Vivino for wine, IMDb for movies but there really wasn’t anything for theatre.

There’s thousands of shows in London every year and staying up to date with whats on and what’s good is a full time job, having to check individual venue websites and filtering through the noise is hard.

Stagedoor aims to solve the above. Helping theatre goers discover and book the best shows and helping more people come closer to Theatre by making information more accessible and relevant.

Aug 2016: Featured by Apple on the App store section "New Apps we love"

Onboarded London’s biggest venues which now have Stagedoor verified profiles and thousands of followers on the app (some examples: Young Vic, Soho Theatre, Nimax Theatres, National Theatre and many more).

2017: Is the official app for 2 of London’s biggest festivals The Camden Fringe and The Vault festival.

Sept 2017: launched V1 of ticket bookings with more than 70 shows available to book through Stagedoor.

Phase 2 (2018): Will be focused on growing our userbase and revenue streams. We also want to prepare for launching in the US.

There are 4 main revenue streams which we intend to develop over the next 2 years.
1.Ticket sales to theatre shows booked via Stagedoor, 10-15% commission on tickets sold.

2. £5 subscription to Stagedoor Circle (Theatre club) having access to discounted shows, other discounts and unique experiences i.e. meeting with the Cast, show previews, Stagedoor community events (watching a show, drink and group dinner after the show to discuss about it.

3.Helping venues reach the right audience for their shows through our advertising platform. For example a venue marketing manager can target a highly relevant audience for a specific show. These are people who have Saved a show or people who are following the creatives involved. This data can be very powerful in helping managers engage and drive more people through the doors.

The company is pending to receive a €135K grant from the EU for which it has received approval in March 2017. There is a €60K shareholder loan which we have received in advance of receiving the grant money, which will be repaid as soon as the grant money is collected (expecting to receive it in Jan/Feb2018).

Stagedoor is operating in the Theatre industry. We have started from London (the Theatre capital of the world) and are planning to launch in every major city of the world where Theatre is quite dominant.

The app was initially designed around the needs of hardcore Theatre fans (people attending 5-10+ shows per year) who like to stay up to date with everything that’s happening and knowing what’s good.

Since launching the app however we’ve seen an influx of people who don’t necessarily consider themselves hardcore theatre fans but like going to the theatre and want to visit the theatre more. Using Stagedoor makes it easier for them to be “in the know” and makes information more accessible.

Tourists also a make up a quite big % of ticket sales in the industry. We aim to capture and target those through our Web listings (not in app) leveraging our crowdsourced reviews which boost SEO.

Ticket sale revenue globally is estimated to be £40bn.

Just looking at London’s West end ticket Sales are estimated to be around £600 million.

We estimate that around 10-15% of those revenues is spent on Advertising.

NYC is on par with London in terms of size and there are many other big cities with a very vibrant Theatre industry.

We intend to implement/leverage the following:

• Venue &Theatre company partnerships / reciprocal advertising: venues & theatre companies have profiles on Stagedoor. We intend to work with them to incentivise them to grow their following.

• Theatre festivals partnerships: in our experience, they have been very successful at growing the app organically.

• SEO through user reviews for shows and targeted landing pages for specific venues or Theatre events.

• Paid Performance Marketing for shows as unit economics are quite healthy.

• Influencer marketing. Similar to Yelp, engaging the community of theatre reviewers incentivising them to share their reviews and grow their following on Stagedoor.

• Drama school partnerships, promoting it to drama school students as the IMDb of Theatre.

• Handing out bespoke "Review Cards" outside of Theatre venues with Stagedoor branding.

There is currently, to our knowledge, no other discovery app in Theatre with an evident community/social element i.e. We are the only place which compiles a very comprehensive database of Theatre shows (both West end and Off west end), enabling users to follow Actors, Directors, Venues etc and discover shows through community reviews. //

There are ticketing websites like Ticketmaster which don’t focus on theatre or discovery, mainly there to facilitate booking and there are some Theatre apps like TodayTix which offer tickets to a smaller number of shows, usually on a discounted basis or last minute deals. Those are more price centric. Our app is content centric, it’s about being an accessible and trustworthy database of information.

Currently people keep spreadsheets with shows they want to see /shows they've seen and what they thought. On Stagedoor they get to write reviews for all shows they’ve seen in their Theatre Journal and share them with the community.