Our first product, Awfully Posh Pork Crackling, was developed by founder Tom Lock in his mum’s kitchen. In 2013, the company was founded to scale up production and launch the pork crackling to the UK market.

Since then, we’ve developed The British Snack Co. into four extraordinary snack ranges:
- Awfully Posh: an award-winning range of pork crackling, soon to be expanded into other categories.
- British Crisp Co.: vegan, allergen-free hand-cooked crisps.
- British Popcorn Co.: a sister brand that is tapping into what we believe is a new trend of uniquely flavoured popcorn.
- Create A Crisp: mix your own flavours with our seasoning sachets.

By creating a diversified range of snacks, we are able to tap into different segments of the £3.2bn UK snacks market, create additional products/brands to capitalise on new trends, and shield ourselves from rapidly changing trends. Since our humble beginnings in 2013, our mission has been to create the tastiest snacks money can buy. Lovingly crafted, outrageously delicious and quintessentially quirky.

Crisps and snacks are a very British thing. You find them in pubs, vending machines, cafes and corner shops. According to research, last year crisps were bought by 93% of households and The British Snacks Co. founder, Tom Lock, was definitely one of them.

What Tom doesn’t like about a lot of snacks, however, is the ‘nasties’ included in the ingredients, such as E150d ‒ otherwise known as sulphite ammonia ‒ an artificial food colouring that can cause allergic reactions. Tom believes in going back to basics and finding real ingredients that do not risk allergic reactions.

There is also a growing trend towards vegan and vegetarian lifestyles in the UK and abroad. As such, all The British Snack Co. crisps and popcorn are 100% vegan, offering more choice for consumers.

The Create-a-Crisp range is in the process of re-launching, with the intention of also being 100% Vegan.

To date, we’ve sold more than 6 million units, exported as far as Hong Kong, and are stocked in 10+ large retailers, including high street supermarkets Waitrose, Tesco, ASDA, Wholefoods and Costco, by online retailers like Amazon, stocked by pub chain Fuller’s Breweries, and sold by large commercial suppliers like Brakes. 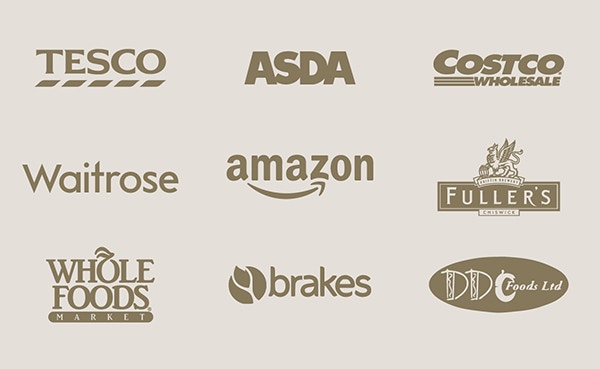 “Awfully Posh is one of the best-selling products within our meat snacks range, so during our recent range review we decided to expand the range to include a further Awfully Posh product - their traditional pork scratching” - LISA OATEN, Partner & Crisps and Snacks Buyer at Waitrose & Partners

Some of our most notable accomplishments to date include:
- Winning a Great Taste Award for our pork snacks
- Gaining more than 10 big clients, including major supermarkets and distributors
- Being featured in Daily Telegraph, Daily Mail, Evening Standard & BBC South East News
- Generating a combined turnover of over £1m
- Exporting as far afield as Hong Kong We have four key revenue streams:
- Supermarkets and Retailers – Over 10 clients at present, including major supermarkets
- Food Service – Current clients include Brakes, DDC Foods and 3663 - the route to market for thousands of UK bars, eateries and contract catering sites.
- On-trade and Independents – Including Fuller’s Pubs, independent farm shops, delis and coffee shops
- Exports – Products shipped to a range of countries worldwide

We will conduct an extensive trade marketing campaign to promote our redesigned snack range. Our three key channels will be:
- Trade Exhibitions – We are planning on attending a number of trade exhibitions, including - Speciality Fine Food Fair, IFE, Lunch, and Imbibe.
- Advertising ‒ We aim to be featured in the major trade publications such as The Grocer and Speciality Fine Food Magazine.
- Ad-hoc consumer marketing ‒ Through our major supermarket customers to include end-of-aisle positioning and in-store advertising.

We are seeking a minimum of £200k to grow the team and accelerate growth plans:

EIS Approved – Gain UK tax relief on this investment. Speak to your accountant or financial advisor for more information. To access the The British Snack Co. team biographies, including current ownership