The first inverted UK tourist attraction; a hybrid of street art and experiential entertainment providing visitors with a zero-gravity illusion experience, where their camera phone becomes a tool. With 5 houses already in Brighton, Bristol, Essex, Manchester, and Great Yarmouth, Upside Down House is at an exciting stage of growth with further locations to be announced.

The striking two-storey house structure, complete with furniture on the ceiling, captures the interest of guests from the street. Inside, creativity runs wild as guests take surreal images of themselves hanging from the ceiling to share on social media. The business is looking to raise funds so it can expand and reach its aim of having houses nationwide. It benefits from both domestic and international tourists, a huge market in the UK. The UK ranks as the seventh largest international tourist destination in the world and the tourism industry is valued at £145.9bn; 7.2% of UK GDP.

Upside Down House UK had the great privilege of being chosen to exhibit at Hyde Park Winter Wonderland London over the 2019 Christmas period which attracts around 2.5m visitors per year.

Since opening the first house in Bournemouth in 2018, which was later moved to Manchester in October 2019, we have opened a further 4 houses nationwide. In our first year of trading we achieved a business turnover of £170k, which we saw increase exponentially in the second year by 342%. We can attribute this fast growth to the popularity of the attractions, being the only of its kind in the UK, and a high demand for houses to open in new locations.The houses have received acclaim from visitors online with over 2541 images shared to date across Facebook, Twitter and Instagram.

Not only that but the houses have also received recognition in the media and have featured widely in national & international media as well as broadcast- including but by no means limited to: BBC Breakfast, Today Show, The Daily Mirror, Ideal Home, BBC Radio Essex, BBC. We were also a part of the Barclaycard Business Campaign which was showcased nationwide. 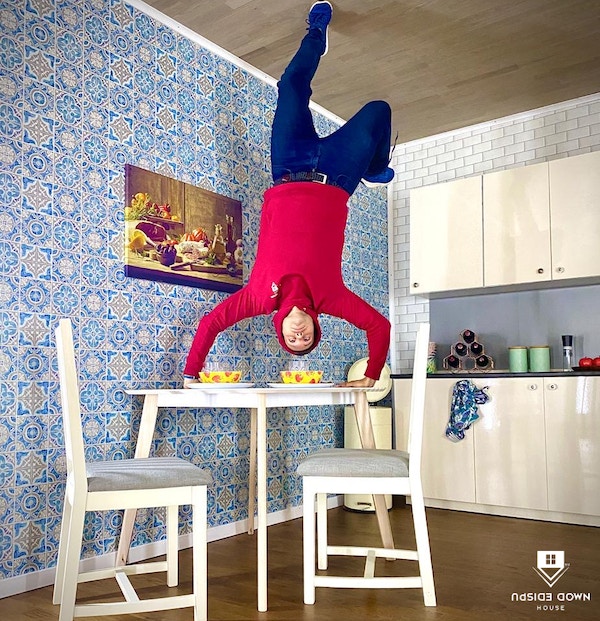 Tickets for the attraction can be pre booked via online ticketing partner, Fareharbor, with regular ticketing pricing from: £3.50pp during the week and £4.50pp weekends and bank holidays.

Customers also have the opportunity to purchase souvenirs and postcards at each of the houses.

A group discount of 10% is offered for over 4 people.

On a busy day we are able to accept 800 customers per house. We currently have 4 houses; Brighton, Bristol, Essex and Manchester. We also have a 5th House in Great Yarmouth, which is based on a partnership contract with The Pleasure Beach and we receive a percentage taken from the monthly gross sales.

There are occasional bookings for photoshoots and video shoots at the houses. Pricing depends on location, day of the week and hours, ranging from £200 to £400 per hour.

We intend to use the funds raised in the following way:

60% to be spent on procurement of new sites

- To help us achieve our aim of having a house easily accessible from all areas of the UK, allowing us to expand to new locations and help with the organic growth of our brand

15% to be spent on Marketing

25% to be spent on Personnel