Our vision is to make wave energy an important player in the portfolio of renewable energy sources, ensuring a reliable supply of clean energy and clean drinking water.

The wave power potential is huge. We believe that wave power can cover 50 pct. of the world's electricity needs.

Our initial focus is on islands, hotel resorts and remote coastal areas. Around the world a large number of these communities are relying on diesel generators as their main power supply. We believe wave energy plays a crucial role in replacing these.

Wavepiston is a patented, breakthrough technology. In optimal conditions, Wavepiston systems are initially expected to deliver electricity at a cost of €0.2 per kWh as opposed to an average cost of € 0.38 per kWh from diesel generators.

We expect that desalinated water can be produced at a price of €1 per m3. Prices are expected to drop significantly as technology matures.

Wavepiston is easy to transport and install. Installations are non-intrusive, with low visual impact and with no negative environmental effects recorded or anticipated. 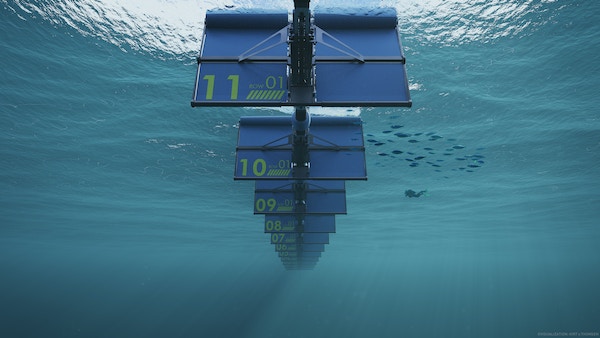 Wavepiston is a wave energy technology provider. We plan to develop and demonstrate the Wavepiston system 2020-2022, and then install wave powered electricity and desalination plants in co-operation with project developers.

From 2022, Wavepiston is expected to enter the commercial phase based on results from the full-scale installations. Wavepiston systems will be sold as turn-key projects. To minimise the risk for the customers on the initial projects, Wavepiston will play an active role together with project developers to prepare and secure funding on behalf of the customer, and to execute the projects successfully. Wavepiston's demonstration phase budget from 2019-2022 is estimated at €9.7M. Of this, €5.5M is secured already from EU grants, €0.7M is secured from Co-developers, and finally €3.5M in equity is required. This campaign forms part of the equity raised, with €2m being targeted now, and any remaining balance of the €3.5m to be raised next year. This budget is intended to be used to demonstrate the technology at full-scale and to prepare for commercialisation. Elements include:

A. Full-scale demonstration project with electricity production connected to a micro grid.

B. Full-scale demonstration project with a combined electricity production and desalination system.

C. If applicable enter a partnership with a large industrial partner – First exit possibility for investors.

D. Prepare the first small commercial wave power systems on an island or a coastal community replacing diesel generators for both electricity and desalination.

Critical Success Factors for this phase:

• Agreement on a commercial project at an island or coastal community.

Please note, Wavepiston has 2 share classes outstanding, A and B.

A shares are held by the founders, with B shares held by investors.

Investors in this round via Seedrs will be issued with B shares. These shares are the highest ranking share and have preferential dividend rights to A shares.

Please note, other investors in this round are investing in Danish Krone (DKK). The share price for the round is set at 81.5 DKK.