WebStart Bristol is the internet incubator for the dynamic city of Bristol which opened in January 2014.

Following two successful Seedrs campaigns, the first cohort of ten companies completed their programme in March and the second in July.

The two Seedrs campaigns were structured as funds with an average net investment of £10K going directly to each startup in exchange for 10% equity.

As I've had many requests to be able to invest directly in WebStart Bristol (as opposed to the individual startups that participate in the incubator programme), I'm now offering a 10% shareholding in WebStart Bristol Ltd itself for £100,000 investment with full SEIS relief. For the avoidance of doubt, this is not a fund investment opportunity like the previous Webstart Bristol campaigns where the funds raised on Seedrs were invested directly into the underlying startups chosen for the incubator programme, but rather the opportunity to invest directly in the entity that runs the incubator itself.

WebStart Bristol has been supported by the very active tech community in the South West and through the local media. We even had a visit from the Duke of York earlier in the year.

Many of the companies incubated so far have developed and grown hugely during the last year, including releasing MVPs (Minimal Viable Product), signing up customers, and expanding teams.

We believe that WebStart Bristol is creating a reputation as a focal points for the web and app startup community across the South West with applications increasing for each programme and a growing reputation for providing great support and advice as well as working hard with the founders to secure the life blood of any startup: further funding.

Of the companies that have completed the 10 week WebStart Bristol programme since January 2014, several have received or being offered additional finance and are actively building out their products and services with the remainder still actively pursuing further funding.

Our most successful startup so far is Wriggle, who raised finance on Seedrs earlier in the year at a post money valuation of £1m and recently were accepted into Europe's leading Accelerator programme -Seedcamp - where they are being talked about as one of the top startups in Europe!

And they aren't the only ones raising funds at increased valuations: several others have already raised finance from a variety of sources (including on the Seedrs platform, and from leading investment funds), typically at greatly-increased post money valuations, and others continue to have discussions with later-stage investors. 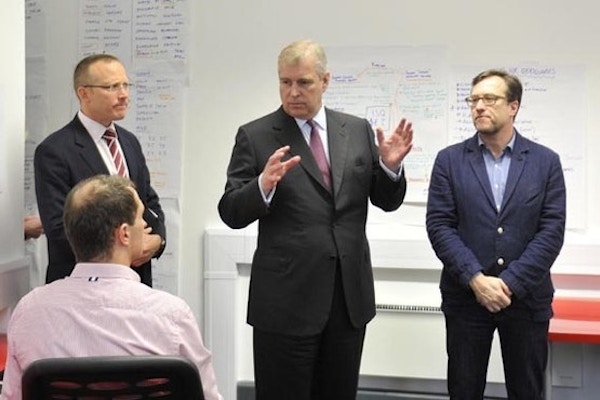 Part of this investment will fund the next incubator programme for up to five new startups running from November to March with each company being offered an average of £10,000 for a 10% equity stake. And to make the investment more attractive and show my commitment, I intend to transfer my personal shareholdings in the existing Webstart startups to WebStart Bristol Ltd. The balance of the investment will be used for working capital purposes.

So you are investing in a 10% shareholding in WebStart Bristol which itself will own a portfolio of equity stakes in exciting, rapidly growing startups - many who are already funded for the next stage of development.

Of course some of the startups will inevitably fall by the wayside but we believe that with good mentoring and advice plus proven routes to further substantial funding, those will the best teams and execution could go on to achieve the rapid success and lucrative exits in over the past few years in the UK tech market.

Approximately half the £100,000 will be used to invest in up to five new startups in exchange for individual 10% equity stakes and the balance to cover external expenses for the programme running from November to Match 2015. No salary will be paid to Mike Jackson from the investment.

Through great support from local media and attending numerous networking events, WebStart Bristol is very well known amongst the tech startup community in the South West.