WebStart Bristol is an internet incubator for the dynamic city of Bristol which opened in January 2014 following a successful Seedrs campaign in late 2013. The first cohort of companies are nearing the end of the programme and these 10 fantastic campaigns have been mentored through the incubator and are now receiving investment from the Webstart Bristol Fund 1.

We are now raising money for Webstart Bristol Fund 2, which will fund the second cohort of companies on the programme running from May to July 2014. Each campaign selected will go through the intensive 10 week programme of mentoring to deliver companies ready for rapid growth. Each will receive a an investment (depending on the number of founders and the stage of business), mentoring, office space and professional services in exchange for 10% equity in the company. After the 10 weeks, each campaign will present its big idea at a demo day to a room full of potential investors. We may consider increasing the amount a campaign will receive if we accept any relevant overfunding amounts received during this campaign.

We are incredibly proud of how well the first cohort has performed, and we will be using what we have learned to streamline the programme and make it even more valuable and useful for the second cohort. 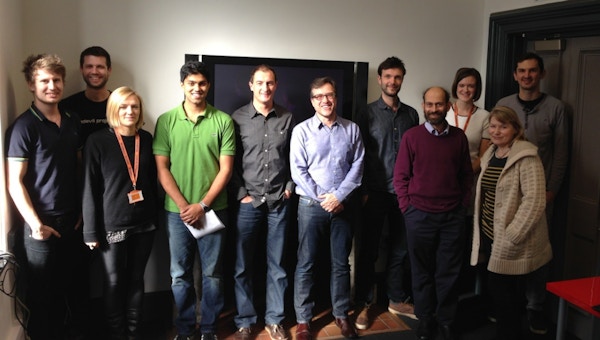 WebStart Bristol is located in the new Engine Shed development in Bristol, which combines the world class business accelerator SETsquared with the major Regional, City and Government investment bodies.

Bristol is a great place to establish an internet incubator:

Although WebStart Bristol itself operates on a not-for-profit basis, the founder of WebStart Bristol will invest alongside external investors to hold direct stakes in each campaign that goes through the programme. Each campaign will then pay WebStart Bristol a fee of approximately £4,000 (out of the proceeds of the investment it receives) to cover the costs of the mentoring, office space and professional services it receives.

Bristol has a strong local network of university and city entrepreneur networks through which WebStart Bristol has received a strong application flow for the next programme. There are no specialist Internet only incubators in Bristol and being part of the Engine Shed development gives WebStart Bristol a high profile and first mover advantage.

WebStart Bristol will invest on average a gross investment of between £10,000 and £20,000 in each of the campaigns (subject to any increase as a result of overfunding during this campaign), but will make the decision as to how much to invest depending on the number of founders and stage of the business. Each campaign will then pay Webstart Bristol a fee of approximately £4,000. The campaign will always issue 10% of its shares in exchange for such investment (subject to an increased investment being made as a result of overfunding during this campaign being accepted). Investors' funds, net of the Seedrs fee, will be held in escrow by Seedrs until the 10 campaigns are selected, and then Seedrs acting as nominee will directly invest directly in each company in exchange for the equity. Seedrs will then hold your shares as nominee (in the same way that it does for all campaigns that raise money through its platform).

All 10 investments will be SEIS-eligible. WebStart Bristol will only accept applicants that it expects will qualify for SEIS relief, and Seedrs will only complete an investment in each campaign after HMRC has granted advanced assurance to it (in the event that a campaign does not receive advanced assurance, no investment will be made in it, and a pro rata proportion of your funds will be returned to you). Because your investment will be made into each campaign individually, rather than into an intermediate vehicle, you will be eligible for SEIS relief on each such investment to the extent that it is granted by HMRC.

The campaign organiser (who may run an accelerator, for example) identifies the businesses and often provides them with advice, support and mentorship.

The key to successful equity investing is diversification, and a cohort campaign allows you to easily diversify with the added benefit of the businesses receiving additional support and help. For example, if you invest £1,000 into a cohort campaign, each business will receive a portion of the cash invested and you will receive shares in those companies.