WebStart Bristol is the internet incubator for the dynamic city of Bristol which opened in January 2014. Following two successful Seedrs campaigns, the first cohort of ten companies completed their programme in March 14 and the second in July 14. These two Seedrs campaigns were structured as funds with an average net investment of £10K going directly to each startup in exchange for 10% equity.

In November 2014 a third Seedrs campaign offered investment directly in WebStart Bristol Ltd (as opposed to the individual startups that participate in the incubator programme) and £150,000 was quickly raised in exchange for a 14.29% shareholding in the company. Those funds have been invested in five new startups over the past year in exchange for 10% equity stakes and supporting the existing Webstart companies.

Now a small amount of additional funds are required to continue to support the growing Webstart companies and participate in pre-emption and follow-on funding rounds. 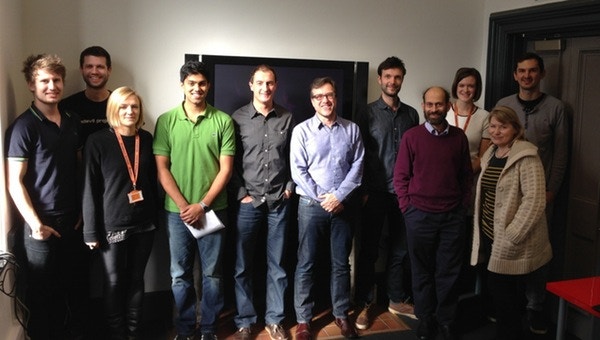 WebStart Bristol has been supported by the very active tech community in the South West and has played its part in establishing Bristol's reputation as a major UK Tech cluster. The three Webstart companies who have raised the most; Duel, Wriggle and Zenstores have a combined post-money valuation of £6m.

And they aren't the only ones raising funds at increased valuations: five others (IdeaSquares, Senta, Habu, Mbition (Compleo), Health Apps) have already raised finance from a variety of sources including on the Seedrs platform, from Angel investors and from leading investment funds.

Webstart Bristol Ltd now has a stake in each of the 24 Webstart cohort companies, though the investment size varies.

Following the investment into Webstart Bristol Ltd in 2014, we invested in five new startups with each company being offered an average of £10,000 for a 10% equity stake. In relation to the other 19 companies, they have each been funded via a Webstart Fund raised on Seedrs. Mike Jackson invested personally in this fund, but has since transferred his interests in the Webstart companies to Webstart Bristol Ltd.

The balance of the investment raised in 2014 was used to support the existing and new Webstart companies including participation in pre-emption and follow-on rounds where required. No salary has been taken by Mike Jackson since the launch of Webstart and all funds have been deployed to support the startups.

Now a further funding round of £50K is needed to continue to support the remaining 15 startups and in particular to focus on the 7 startups still to complete their first major funding round.

So we are offering a total 5% shareholding in WebStart Bristol Ltd which owns a portfolio of equity stakes in exciting startups - an number of which are already funded for the next stage of development.

It is anticipated that half of the money will be invested in the start-ups through pre-emption and follow-on rounds and half will be spent on general expenses to support the startups over the next 12 months. None of the funds will be taken as salary by Mike Jackson.

Through great support from local media and attending numerous networking events, WebStart Bristol is well known amongst the tech startup community in the South West.

To access the WebStart Bristol team biographies, including current ownership