Time is one of the most valuable resources one can have. At Nevomo, we are creating transport of tomorrow which will cut down the time and costs of travel while reducing the carbon footprint produced by the transport sector. The railway industry requires a major upgrade to regain its competitive edge and our magrail technology can be the right solution. Nevomo develops the next generation of high-speed railways (magrail) as a first step towards the implementation of the hyperloop. We focus on providing technology for key hyperloop components: propulsion, levitation, and control subsystems.

We also aim to implement these components earlier as part of a unique magrail system invented by Nevomo. It allows for the use of magnetic levitation within the existing railway infrastructure while keeping the functionality of conventional rolling stock. We estimate that vehicles will be able to move at speeds of up to 550 kph (342 mph).

Nevomo was founded in 2017 under the name Hyper Poland. In the same year, our student team built a first vehicle prototype which was tested during the second SpaceX Hyperloop Pod Competition. Since 2018, we have focused on developing our unique approach to the hyperloop implementation (presently concentrating on the magrail technology) and securing IP via patent applications. Currently, we have eight patents pending and one patent granted, of which most are under the PCT procedure. 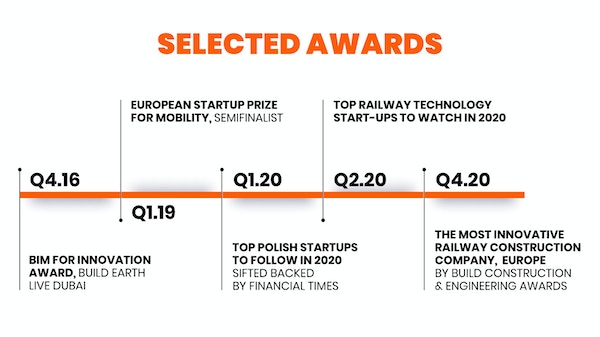 We have so far financed our activities by combining research and development grants with equity crowdfunding and business angels’ investment. In the first half of 2019, we secured an EUR 3.8 million EU R&D grant from the Polish National Centre for Research and Development. We have also raised over EUR 800k in two previous investment rounds on Seedrs.

In October 2019, we presented to the public a 1:5 scale magrail Proof-of-Concept. Last year we completed tests on a medium-sized track with a focus on the performance of linear motor.

We have more than 50 team members, including an International Advisory Board.

Our Swiss office is expected to become operational in the summer of 2021.
We have achieved substantial progress in talks with leading European railway infrastructure managers concerning magrail tests and implementation.

Nevomo’s go-to-market strategy for magrail is based on partnering with infrastructure managers and railway operators, as well as with global railway suppliers, energy companies, general contractors, PPP operators, telecom & IT companies and other stakeholders of the railway industry. In the hyperloop sector we partner with leading promoters of this technology and other key stakeholders.

We expect to achieve a flexible and diversified business model with several potential revenue sources in high-value elements of the value chain:
· licensing royalty fees from OEMs on protected IP
· SaaS fees from operators & infrastructure managers for monitoring services
· income from joint-development agreements with hyperloop promoters
· systems’ sales to railway OEMs & infrastructure managers
Exit strategy: We aim that within ca. 8-10 years the company will be acquired by one of the leading global railway suppliers.


Reflected direct investment includes funds raised from offline investors on the same terms over the past 6 months since mid October 2020.

Proceeds will mainly serve to conduct full-scale tests of key magrail components and to prepare for pilot implementation. We have already generated an opportunity to launch it with a leading EU railway infrastructure manager.

Funds will also be used for new R&D and to continue IP protection. We are planning to launch R&D projects for additional key subsystems such as passenger vehicle body or high-level traffic management system. We will also continue to build a patent cloud and extend existing applications geographically. 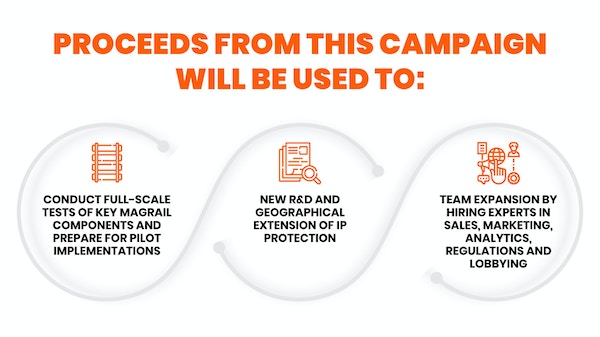 For magrail full-scale tests and new R&D projects, we are looking to fund around 70% of the projects from EU grants, leveraging the private co-investment from this round.

As market traction for magrail is getting momentum, we plan a team expansion by hiring experts in sales, marketing, analytics, regulations and lobbying to:
· generate a substantial commercial pipeline for magrail, while the pilot is prepared and executed
· secure new partnerships within the hyperloop segment 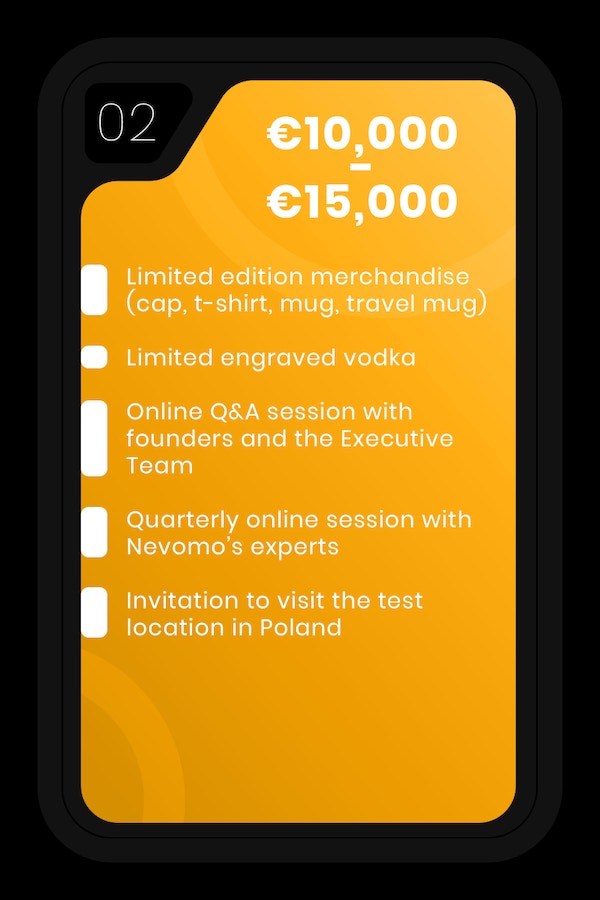 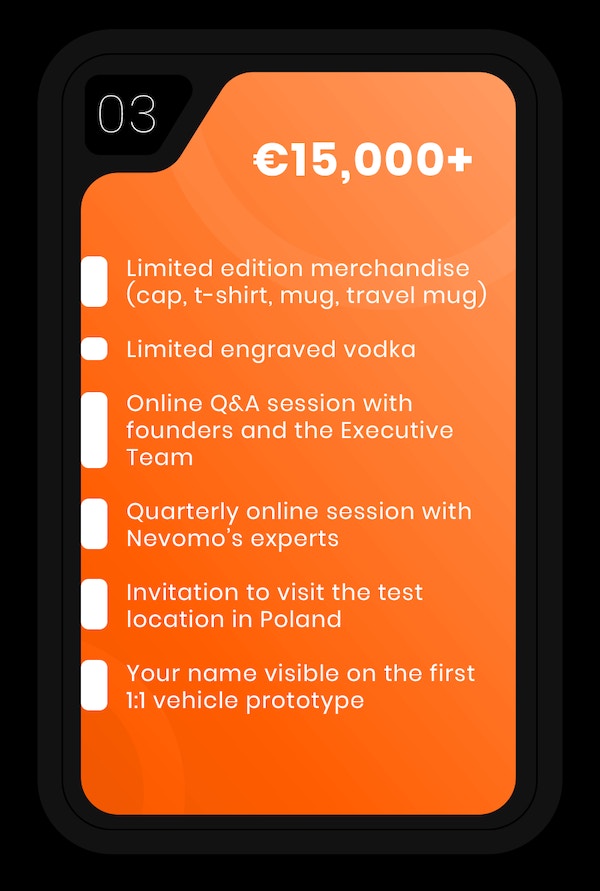 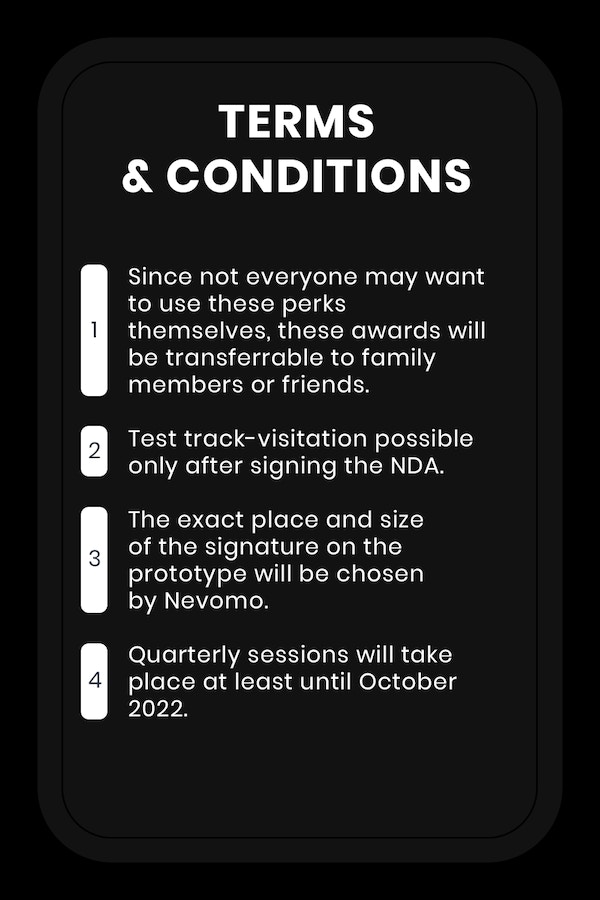 This investment round is being raised by way of a convertible equity investment structure, in this case an "advanced subscription agreement".

The key terms that apply to the Company’s advanced subscription agreement are set out below. See also attached Key Terms document for further details.

Discount – conversion at a 29% discount to the valuation set by a Trigger Event.

Conversion is triggered by ("Trigger Events"):

- An Equity Fundraise – defined as the Company raising investment capital of at least EUR 4,000,000 from one transaction or a series of transactions, in exchange for the company issuing of ordinary shares;

- A Change of Control of the company (transfer of more than 50% of the share capital); or

- An IPO – being a listing of the company’s shares on a recognised stock market or secondary market.

On a Trigger Event, the ASA will convert at the lower of (i) the valuation set by the Trigger Event discounted by the 29% discount and (ii) the Valuation cap divided by the Company's fully diluted capital at the time.

If conversion has not been triggered by the Longstop Date shares will be issued on the longstop date at the lower of (i) the default valuation of €33,000,000 divided by the Company's fully diluted capital at the time and (ii) the lowest price of any shares issued after the date of the ASA.

On a winding-up or liquidation event of the Company, investments made through the ASA will be repaid.

The current corporate structure of the Company consists of a Polish holding company, with three Polish subsidiaries.

Please see the documents section for the current and planned organisational structure of the business.

Please note the business has the following outstanding debt:

Loans will be repaid with VAT refunds (they were needed to cover VAT on large equipment purchases where the net amount was covered by a grant).

Funds raised as part of this round will not be use to repay existing debt.