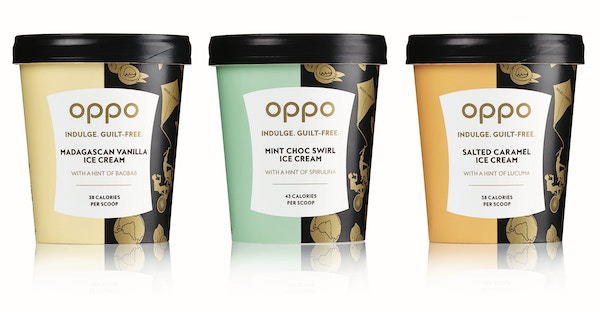 We believe food that isn’t both healthy AND indulgent is broken.

We are on a mission to prove that health and true indulgence can go hand in hand. 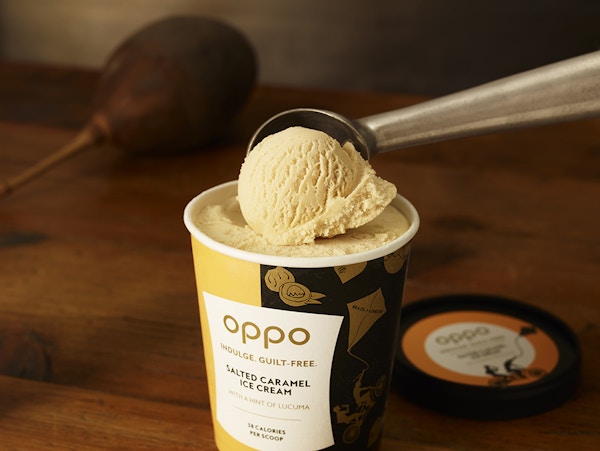 The idea was born during a record-breaking expedition brothers Harry and Charlie did in Brazil, travelling 1000km along the coast by kite.

To fuel our unofficial world record we lived off coconuts and wild super-fruits. This sparked a revelation: natural ingredients can make indulgent food guilt-free. 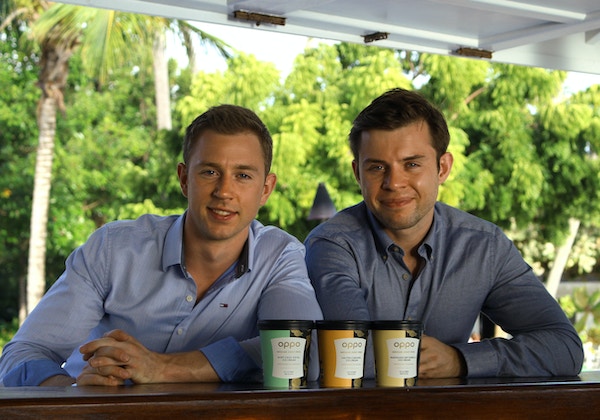 Since our launch in 117 Waitrose stores, Oppo is now sold in approximately 1,100 premium locations. We all want to be healthy. You are what you eat.

But eating ‘clean’ all the time is hard work, and boring. We all need a treat.

Oppo is a brand for people who care about their health but don’t want to compromise on taste.

The most indulgent foods can and should be healthy, and that doesn’t mean being less indulgent. We are challenging accepted norms in the food industry. Health and indulgence are no longer oppo-site. Oppo by name, Oppo by nature. 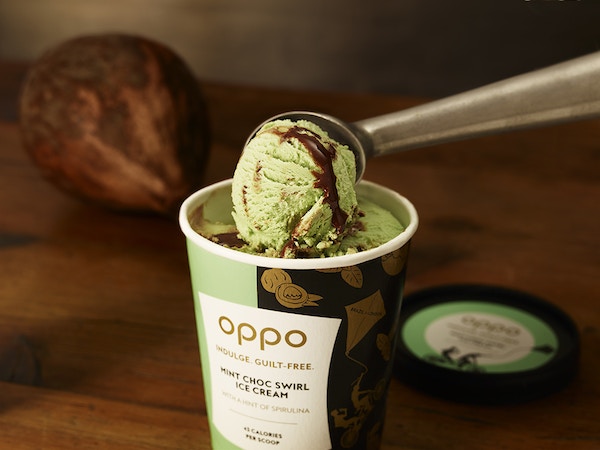 For us health means using natural nutritious ingredients, which results in products with reduced calories and sugar. We go one step further and boost each flavour with superfoods.

We aim to make the world a healthier place. Naturally, effortlessly, and without sacrificing indulgence.

Just a year after launch, you can now find Oppo in Waitrose, Ocado, Wholefoods Market, Co-Op, Holland & Barrett, Budgens, and out of home sites such as hotels, cinemas, theatres, offices, sports clubs, health shops and hospitals via three regional and two national distributors.

Q3'15
- Partnered with Virgin for launch of new Virgin Red app.
- Accompanied PM David Cameron with just 4 others on Queen’s jet to Milan to be introduced to the Italian PM and showcase the best of British innovation.
- Launched in Budgens and Holland & Barrett. 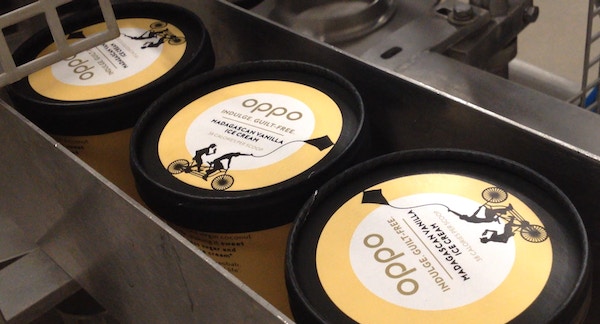 Last year, using the first round of investment, we proved the concept. Oppo now has distribution across the UK and an expanding base of loyal consumers who love the product.

The focus for this year is to drive growth by investing in marketing to raise awareness of the Oppo brand, build rate of sale in the retailers, and increase our store listings.

Specifically, we will use this investment to:
- Create a marketing campaign using Kastner & Partners (Red Bull's agency).
- Hire a dedicated Social media and design executive.
- Get 30 new sampling and brand ambassadors.
- Sample Oppo at big food festivals and events in the UK.
- Repay an outstanding loan from our company secretary of £25,000 (see below for further details).

The Company currently has a loan facility from our company secretary for up to £100,000, with £25,000 currently drawn down (the "Loan"). However, as mentioned above, the £25,000 currently outstanding under this Loan may be paid down using the proceeds of investment to reduce future interest charges of 4% p.a. It should be noted that this loan facility will remain in place until Dec 31st 2017.

Our core consumer is a 25-50 year old professional urban / family female. She goes to the gym or does yoga, tennis or running every week. Together with her partner and children she loves ice cream, but worries about the sugar and calories. Oppo looks amazing because it offers the indulgence of luxury ice cream, with less than half the sugar of one of her child’s smoothies. 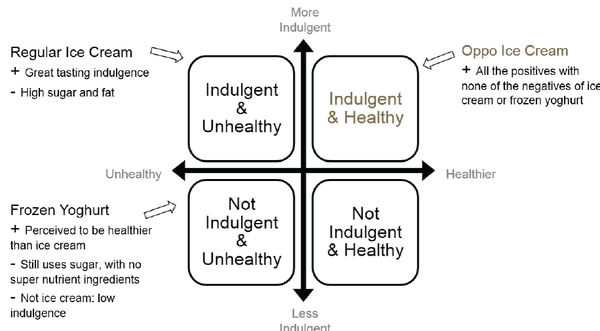 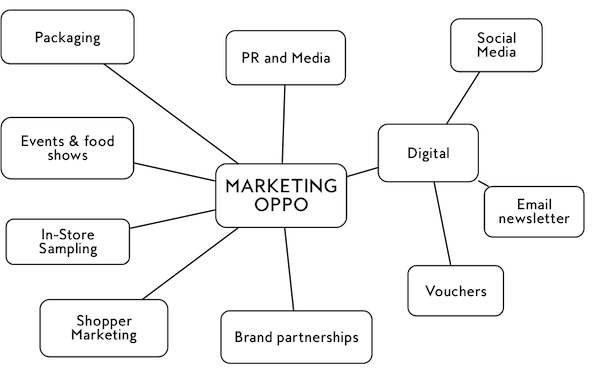 When we first listed on Seedrs 12 months ago we had just launched in 117 Waitrose stores and Ocado.

Oppo can now be found in 130 Waitrose stores, 400 Co-Op stores, 220 Holland & Barrett stores, 60 Budgens, 8 Whole Foods Markets, and approximately 250 out of home locations via 3 regional distributors, and 2 national distributors/contract caterers. Our marketing is focused on building rate of sale in retailers, by:

• PR: we have reached an estimated 10 million people in the last 12 months via national news features, food and lifestyle consumer print and digital press including coverage in the Daily Mail, The Guardian, the Mirror, Vogue, Harpers Bazaar, The Huffington Post, Country Life and more. Generating free press remains a key focus as we continue to set the trend for low sugar super-food indulgence.

• Email marketing: the newsletter has grown to 8,000+ subscribers and is a key channel for distributing our vouchers. We aim for this audience to surpass 20,000 in 2016.

• Tasting is the best way to encourage purchase. We have sampled to 49 offices and attended 9 consumer events and shows - we aim to exhibit at one a month in 2016.

• We have 10 Oppo ambassadors who are sampling in stores across the UK. We expect that our ambassador team will increase to 30 in 2016. 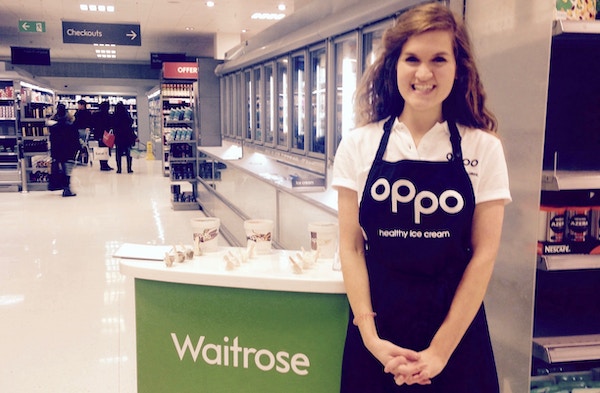 We have won a number of awards and achieved good distribution. So far we feel that we have had fantastic success against our direct competitors. But we have our sights set much higher.

Our competitors are traditional ice cream companies like Haagan Dazs, frozen yoghurt companies like Yoo Moo, and non-ice cream desserts. We consider ourselves to be a better option all-round, the ultimate un-compromise. Now we have established foundations, with this investment we can target growth. 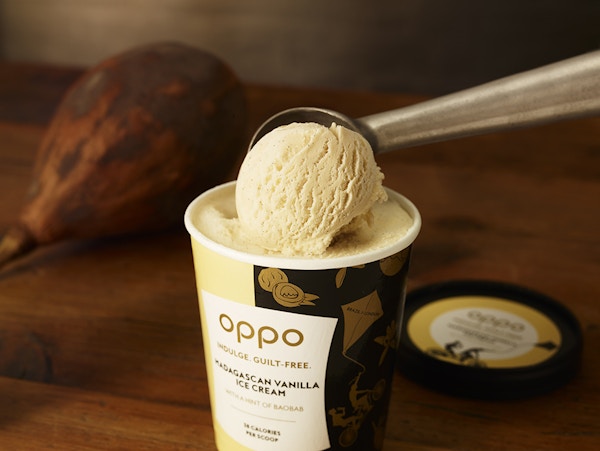