For most sailors, navigation is a cumbersome task and mistakes can be deadly. A recent survey found roughly a third of sailors use more than four apps to plan their trips.

For savvy navvy founder Jelte Liebrand, an avid sailor since childhood, it’s been a very personal journey to create a more user-friendly experience which does more than just plot basic routes from A to B.

While competing in the Clipper Round the World race, he spent many hours below deck trying to find the best route while the boat was slamming through 3 metre waves.

Having worked for Google, he understands how technology can change entire industries. After more than 8,000 miles at sea, he realised the tech and the sailing worlds had a one night stand in the '90s and have not been on speaking terms since.

Jelte left his job at Google to fix this. Designed from the ground up to support multiple data sources, savvy navvy automatically plots the route for sailors, providing a fast, safe and easy to use solution. Every year, 76 million people take to the water in boats that require them to plan their trips carefully. During a sailing trip, they typically spend one to two hours each day checking the chart for any dangers, comparing various weather forecasts and rechecking their tidal calculations. This is time that would be better spent on deck enjoying the sailing itself, rather than worrying about the safety of their route.

savvy navvy finally gives the sailor a single app to get a safe, fast and complete passage plan in seconds. This saves them valuable time and reduces the barrier of entry to sailing by eliminating anxiety.

We’ve had an amazing year in 2018, and now want to expand and grow further. Countries like France, Greece and Italy all require upfront payments to use their chart data, so this funding round will enable us to expand our chart coverage in the Mediterranean.

In addition, we will build iOS and Android apps alongside the current web application to increase our reach. 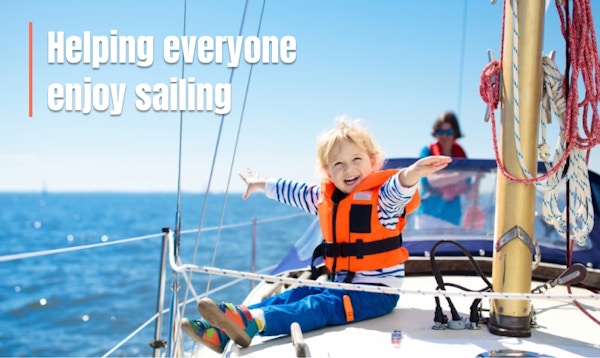 Just five months after starting savvy navvy, we launched our beta release to the public, with great initial responses:

“I just signed in to the Beta and plotted my first route. I am hugely impressed. The app gives me so much information!” -Stuart.

Six months later, having refined the product based on customer feedback we launched our first subscription membership: the Founding Member programme. More than 160 users have upgraded to this £99 p/y plan since our launch in July. And we continue to receive five-star reviews:.

“I am always sailing and love the way technology integrates with navigation, as a sailor I have to say that your app is hands down the best in the market. Keep up the good work, I am a complete number one fan.” -CJ.

● Created and signed new license structure with the UK Hydrographic Office.  Signed additional license with the Netherlands and Belgium.

● Picked as one of twenty startups to pitch at the “2018 Xoogler Pitch day” at Google London, in front of 90+ investors and VCs.

● Our organic reach on social media more than doubled (207%) in the second half of 2018, demonstrating a growing awareness of our brand. The leisure marine industry is worth €100 billion (2017), of which €18.7 billion was spent on boat accessories and marine equipment, indicating a high level of disposable income among sailors.

1. Our main source of revenue is from subscriptions. We offer memberships ranging from £150 to £200 per year and will be evaluating additional packages like season or holiday passes.

2. A secondary future revenue stream will be sponsorship, allowing marinas, restaurants and other marine businesses to be highlighted in route recommendations.

3. In 2020 we plan to expand into the motorboat market. We estimate this will treble our growth potential.

4. And finally, we are working on numerous partnership deals with sailing school, yacht charters and other industry players to extend our reach.

In recent years, incumbents like Garmin and Raymarine have acquired numerous startups to improve their product lines. The most likely exit for investors will be a trade sale in the 5-7 year timescale.

We will use the funds to do the following.

𝗘𝘅𝗽𝗮𝗻𝗱 𝗰𝗵𝗮𝗿𝘁 𝗰𝗼𝘃𝗲𝗿𝗮𝗴𝗲
We will use 20% of the funds raised to expand our chart coverage to new regions such as Spain, France, Italy, Croatia, Greece and Australia.

Our key objective is to get complete coverage in the Mediterranean for the 2019 sailing season, and Australian and New Zealand coverage for the summer in the Southern Hemisphere.

𝗜𝗺𝗽𝗿𝗼𝘃𝗲 𝘁𝗵𝗲 𝗽𝗿𝗼𝗱𝘂𝗰𝘁
One of the most requested features is the integration of tidal calculations. For those regions where tides are significant, this is a crucial enhancement to ensure our ETA calculations are correct.

𝗠𝗼𝗯𝗶𝗹𝗲 𝗮𝗻𝗱 𝗼𝗳𝗳𝗹𝗶𝗻𝗲 𝘀𝘂𝗽𝗽𝗼𝗿𝘁
Aside from our web application, we want to support both iOS and Android apps. These apps will enable our users to use savvy navvy offline, which is crucial for sailors.

We expect to complete a further raise in roughly 12 months to fund further growth, complete our global coverage, and add new features. 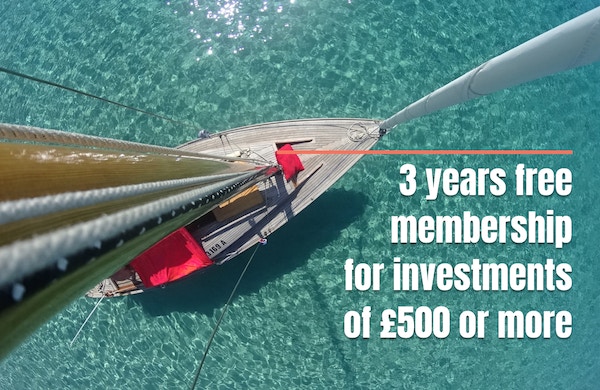 To access the savvy navvy team biographies, including current ownership