Since our previous successful round on Seedrs, we exceeded all of our sales expectations to the trade. We launched to the trade, selling through two of the large distributors in the UK. Early sales outstripped our predictions in the original financial model.

Adee is is known for being David Beckham's hairdresser and for cutting his famous mohawk haircut, and for multiple TV appearances, including Channel 4s The Salon, Secret Millionaire, and NBC's hit show, Shear Genius. SKNHEAD is one of the first male grooming range of products to be brought out by a recognised male celebrity hairdresser, in an industry that is worth over £450m in the UK and $21bn globally. 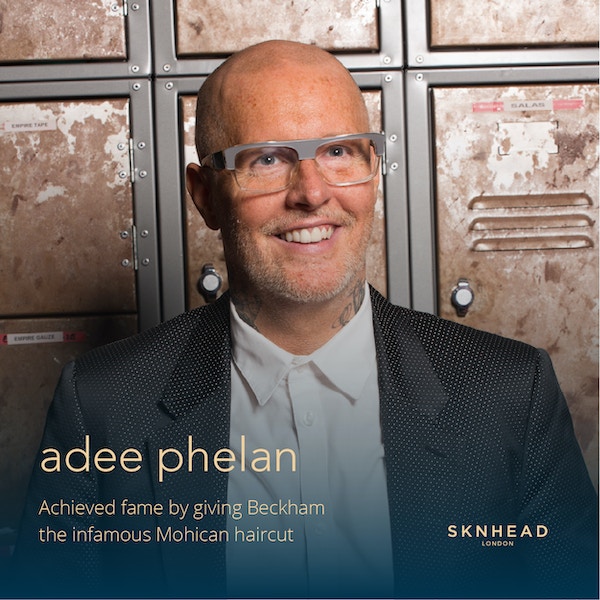 SKNHEAD seeks to be UK and Ireland's most respected luxury male grooming line, which is already sold in more than three countries. Adee has wanted to bring out a male grooming range for a number of years, but only recently has he felt the market is ripe.

After our successful Seedrs round towards the end of last year, we have launched SKNHEAD to the trade. It has been a huge success, with sales in more than three countries, and exceeding our expectations for the number of trade sales we predicted we would make in the first three months. We have secured two distributors who supply the market for barbers and salons. Our social media accounts have grown massively, achieving over 20k followers on Instagram, 25k on Twitter and over 38k likes on Facebook. We were also invited to speak on the main stage of the Barber Connect conference, a major industry event.

We now need to capitalise on this market opportunity by raising awareness of the brand amongst consumers. We believe the best way to do this is through more marketing and by attending the major trade shows. Additionally, we sell straight to the consumer online which keeps them in our own sales funnel. We hope our plans for effective marketing will increase our direct to consumer sales. We have also signed up a number of celebrity affiliates who have agreed to promote SKNHEAD products. Many of these celebrities normally only take payment up front, anything from £5,000+, but given Adee's credibility they are willing to promote our products on commission only. This is interesting for us as it removes the potential of future marketing budget bottlenecks and heavily incentivises the celebrity affiliaties to keep promoting SKNHEAD products. 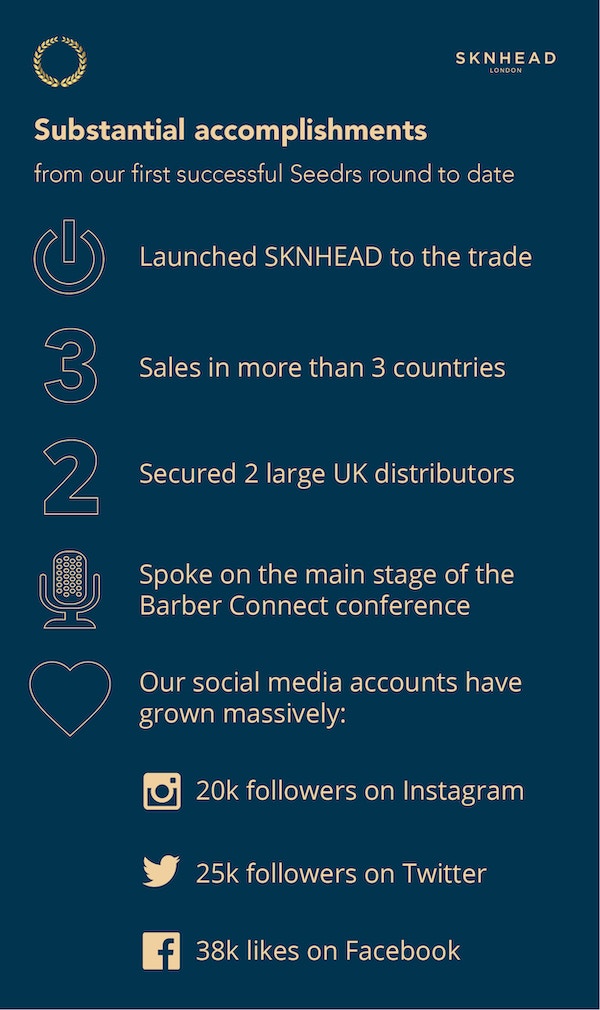 SKNHEAD products are sold online and through professional salons, and will be sold through celebrity affiliates, YouTubers and high-end department stores.
According to Pixability, male grooming is the fastest growth sector across all online tutorials. This presents an opportunity - by tying in celebrities and YouTubers, we can leverage influencers to show how our innovative products are meant to be used, and capitalise on this trend.

We intend to be a brand that grows through word-of-mouth. Crowdfunding is a very attractive proposition for us because it means we can empower our investors to start spreading the word from day one.

The funds will predominantly be used for marketing and PR to increase our online sales channel, and to satisfy our distributors that we're supporting their channels with promotions. Around a third of the funds will be used to pay for Salon International, the industry show that attracts the biggest names in hairdressing.

The company has a director's loan of £25,000 taken out in March 2018, which accrues interest at 6% per annum, amounting to a total repayable amount of £29,043.78. None of the proceeds of the Seedrs investment is intended to be used to repay this debt. 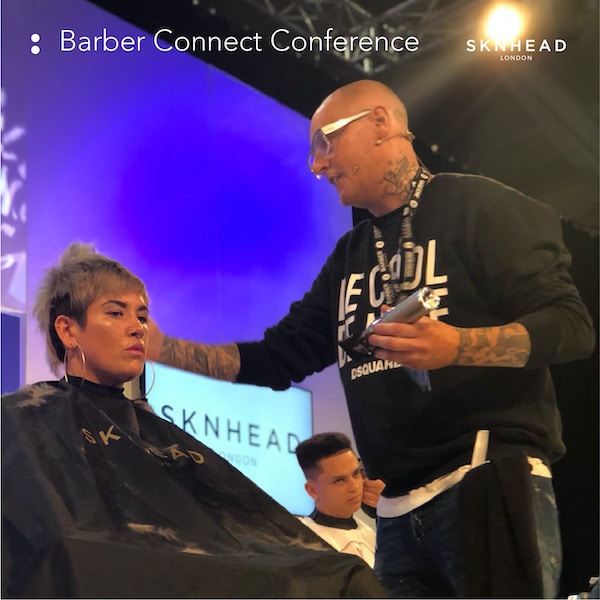 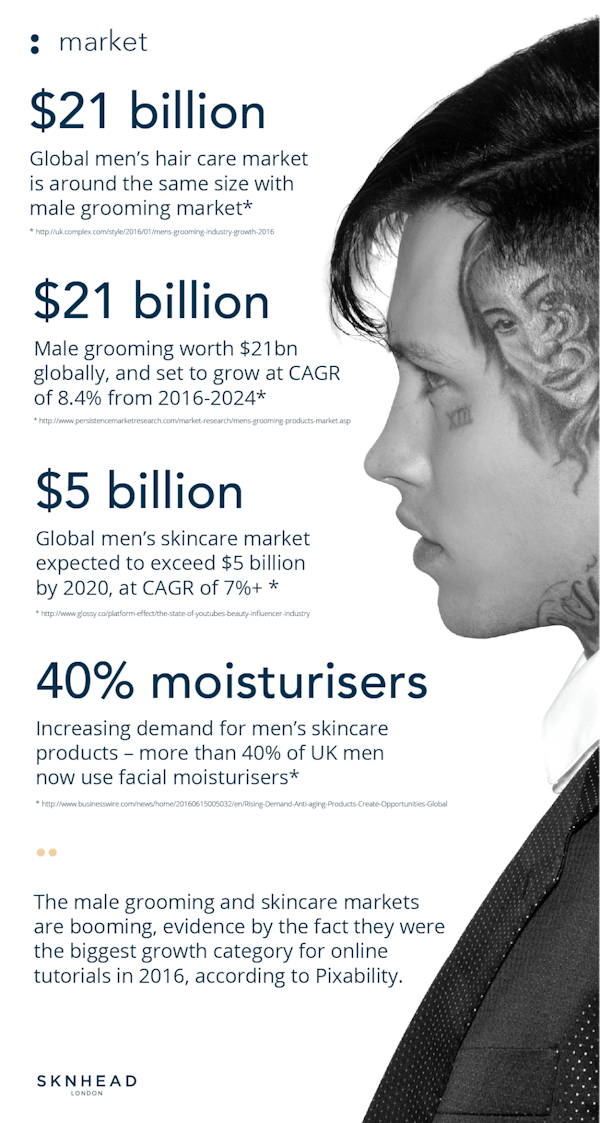 The only other cost for marketing is to attend major haircare events and conferences such as Salon International in October. The plan is to take some of our celebrities along to these events where fans can receive photographs when they buy SKNHEAD products. 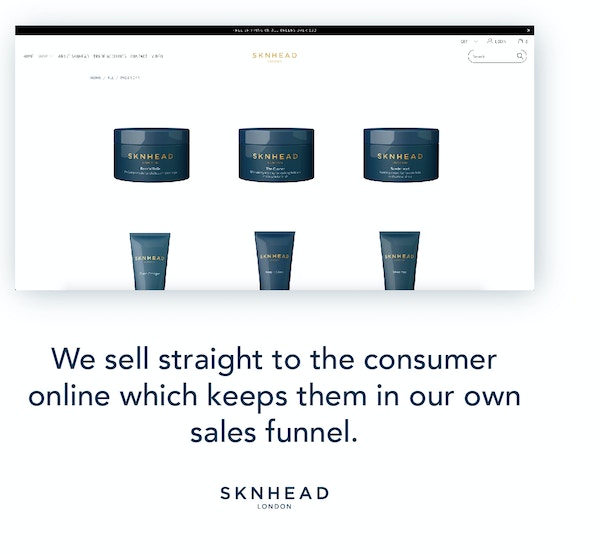