6 Billion Emoji's are sent per day, we believe that through branded Emoji and Digital stickers, brands can create an emotional connection with potential consumers and be welcomed into a sacred place; their conversation.

At Visixtwo we believe this is a new opportunity for marketing and promotion. The current solution we feel is obtrusive advertising.
We have already shown that by appealing to the individuality of a user, the public will download Emoji and Stickers to express emotion within their chat conversation. Our cases studies include 392,000 downloads that leads to 5 million engagements within a very short time period, reinforcing our vision. Our vision is to create and service a new marketing channel, a unique media space that consumers opt-in to, within messaging applications. The standard Emoji that users are familiar with will remain, but be augmented with the choice to support your football team, artist, movie, TV programme, lifestyle product or drink. The so-called “Promoji”.

These are distributed through:
1) Natively. Through the store of messaging applications throughout the world. A fee paid to the app for the media space.
2) By electing to download through the app store.

We aim to offer Brands a full-service Emoji marketing service, and potentially if we overfund: a custom platform.

Allowing the creation of media planning and buying similar to that seen in the conventional media and advertising sector.

All controlled from a custom interface and analytics platform.

With up to 6 Bn Emoji sent and received every day, we see 6Bn opportunities to promote products or brands. We think this market has huge growth potential. We believe that the natural spread of our products through increasing volumes of chat traffic between friends will become self-promoting and be considerably appealing to companies and brands seeking to quickly access a sizeable and possibly lucrative audience. • Agreed deal with a television property to monetize their IP through Emoji and Digital stickers worldwide.

• Signed a deal with a multi-national Not For Profit, which will be launched in November.

• Commission by two messaging applications with a total user base of over 500 million.

• Real case study data to assist in our sales process.

• Demonstrated that a set of Emoji downloaded 395,000 times can deliver 5 million engagements. These users choosing to select and share Emoji within their friendship groups. We believe this has the potential to be a powerful marketing channel. We are in the B2B space and aim to service both the owners of media IP, FMCG (Fast-moving consumer goods) Brands, their agents and agencies.

We anticipate that the majority of our product will be freely available to the public, and our client will be FMCG/ their agency, Sports, Music and Lifestyle brands.

Clients will instruct us with their aims, target geographical market and age of customer.

Visixtwo will then charge based on duration of campaign, how many consumers can be reached and “Engagements” which we define as how many time their branded Emoji is actually used in a chat conversation.

We anticipate a typical deal value to be minimum of $15,000. 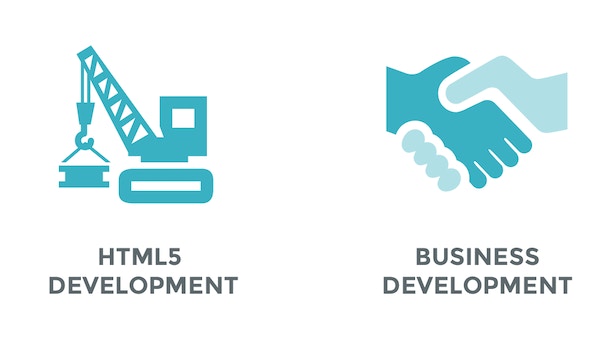 We are aiming to raise £45,000 to fulfill the following agreed campaigns.
• An international Not For Profit.
• TV property.
• Candy Company.
These will come online November/December of this year.

If we exceed this raise, we plan to raise the remainder of the SEIS allowance, which in total will be £92,650. With the additional £47,650 we intend to build a customer-facing platform and heavily invest further in sales and marketing function.

The platform will allow:
• Educate and inform potential clients by enabling them to build target media plan of users and applications, including volumes.
• Upload or order and buy branded emoji for their campaign.
• Track campaign success including, most popular emoji, number of times used and countries.
• Cost and budget control. Instant messaging is replacing SMS text messaging, owing to the demand for more expressive, interactive content and the popularity of more powerful feature-rich smartphones. WhatsApp and LINE, two dominant instant messaging platforms have over 1 billion users together and growing.

The end-user and potential audience is a typical messaging app and smartphone user. They are under 44 years of age, with the majority being 16-35. While the purchases of smartphones are marginally biased towards men, we expect the volume of communication to be higher amongst female users.

The client of Visixtwo is a business or the agency of a business, which targets an affinity group or team, such as sports clubs or an FMCG product. Use of SMS has been decreasing steadily for some time, with demand for instant messaging increasing year on year.

While the most known messaging application is Whatsapp, the reality is that age and geographical location will determine the choices of platforms. A US teenager for example is mostly likely to use KiK the teen-centered community in addition to perhaps Facebook messenger. A South East Asian user is most likely to use LINE, WeChat or KakaoTalk. Indian users are more likely to gravitate to Nimbuzz.

We now aim to target B2B

When selling our products and services via B2B, we believe that education is the most valuable tool we have.

As the concept of using digital stickers for promotion of brands is new, particularly outside Asia, we see an opportunity to inform the market and become a commentator and specialist, benefiting from first-mover advantage.

We feel that our initiative with a Not For Profit in November will bring a huge amount of awareness to what is a new industry and raise the profile significantly.

Competitors who are established in combining brands and digital stickers for marketing, we believe, are currently predominantly based in Asia with only three western competitors. Visixtwo can bring knowledge and skills of the European market to become a specialist in this region.

Visixtwo have already worked with 2 of the worlds largest mobile messaging applications and started building relationships with them.

Our business development efforts have already resulted in meetings with one of the worlds biggest entertainment companies.

We have a French partner who is assisting in approaching established European brands.

To access the Visixtwo Limited team biographies, including current ownership